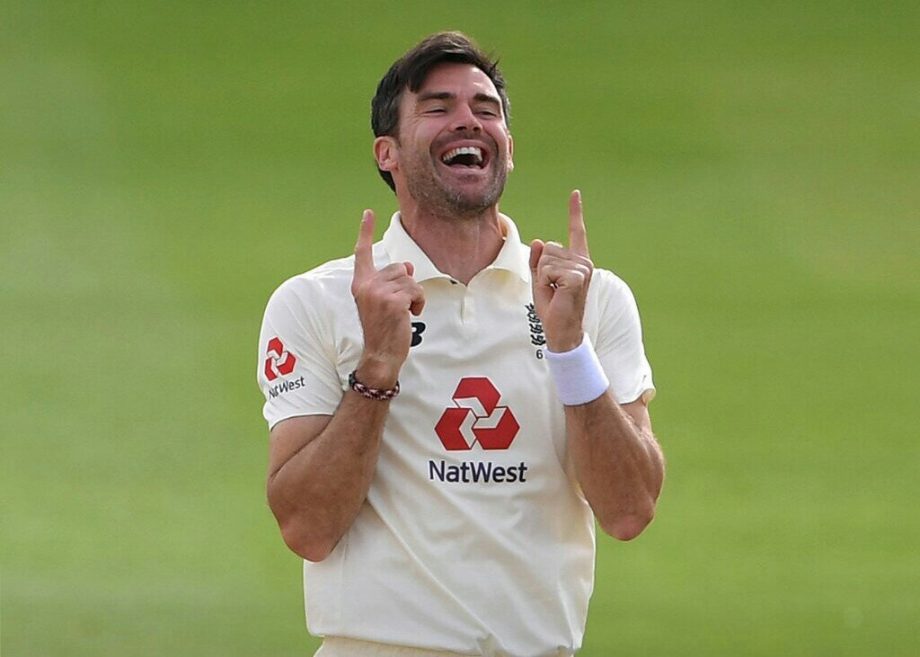 The 38-year-old England pacer, James Anderson has picked up 30th five-wicket haul in Test cricket, achieving the milestone on day 2 of the ongoing Test match between Sri Lanka and England

James Anderson proved that he is never getting old and starred with the ball again on day 2 of the ongoing second Test match between Sri Lanka and England at Galle International Stadium on Saturday.

The 38-year-old has now picked up 606 wickets in the longest format of the game. Thanks to Niroshan Dickwella who helped him in achieving the biggest milestone ever after getting dismissed on 92.

He has reached sixth on the list of most five-wicket hauls in Test cricket, overtakes the Australian pacer, Glenn McGrath.

The Sri Lankan legend, Muttiah Muralitharan still tops the list with the greatest achievement of 67 five-wicket hauls in the longest format of the game.

James Anderson is fourth on the list of highest wicket-taker in Test cricket. He has earned his place behind Anil Kumble, who picked up 619 Test wickets to his name. Muralitharan is still on the top after taking 800 wickets in the format.

However, this is the second five-wicket haul for Anderson in Asia. Last time he picked up a fifer against Sri Lanka in 2012 at the same venue, although England lost that match.

Near the end of the first innings of the second day, Suranga Lakmal became his sixth customer as he ended his figures of 40-6.

Fans have celebrated this news with an open heart and only the fans from England but from all over the world. He got appreciation from all the viewers and cricket lovers.

“Hot day in Galle, 38 Years of Age, Flat Wicket, Bowled 26+ Overs and still going strong, Bowling at mid 130ks, Conceded at RR less than 2, Picked up Fifer All this after playing 156 tests, country cricket, 194 ODIs and few T20Is. Isn’t he the fittest legend ever?,”

tweeted by a fan.

“Anderson is of the greatest to ever do it, and probably doesn’t get the respect he is due outside of England,”

Anderson’s heroic efforts restricted Sri Lanka to 381 in the first innings. Sri Lankan will do everything they can to put England under-pressure so they can win the second Test match to draw the Test series by 1-1. England had already won the first Test match by seven wickets