India will take on Ireland for the second and last match of the ongoing two-match T20I series on Tuesday. The match will be played at the Village in Dublin.

Though they are playing with what can be called a ‘second-string’ team, the men in blue were always firm favourites to win this series easily, given the gulf in quality between the two sides. Having won the first match, Hardik Pandya’s men will now look to make it 2-0.

On the other hand, Ireland’s major takeaway from this series has always been the exposure that they are getting. A few players in the likes of Harry Tector and Craig Young used it to their advantage in the last game, and their teammates will try to emulate the same this time around.

India will be looking for their fourth consecutive victory in the shortest format of the game, as they are coming into this match on the back of three back-to-back triumphs – two against South Africa and one against Ireland.

In the last match, Pandya won the toss and asked the Irishmen to bat first. The visitors had a fantastic start, with Ireland losing their top three inside the first four overs, with only 22 runs on the scoreboard. However, then came an onslaught from Harry Tector.

The youngster played a superb knock of 64 runs from 33 deliveries, while wicketkeeper-batter Lorcan Tucker provided him with company, scoring 18 runs in the process. Overall, Andrew Balbirnie’s team set up a target of 109 runs for India to chase down.

The target in itself was not poor, given that it was a rain-curtailed, 12-over game. However, India always looked convincing and in control of things during the chase. Coming to bat as an opener, Deepak Hooda remained unbeaten on 47 runs, whilst Pandya and Ishan Kishan played useful cameos to take India over the line with 16 deliveries to spare.

Quite unsurprisingly, India has a 100% win record in T20I cricket against Ireland. These two sides locked horns first in the ICC Men’s T20 World Cup 2009, and have since crossed paths on three more occasions. The men in blue have been dominant in all of these four matches, as Ireland has never really stood a chance. 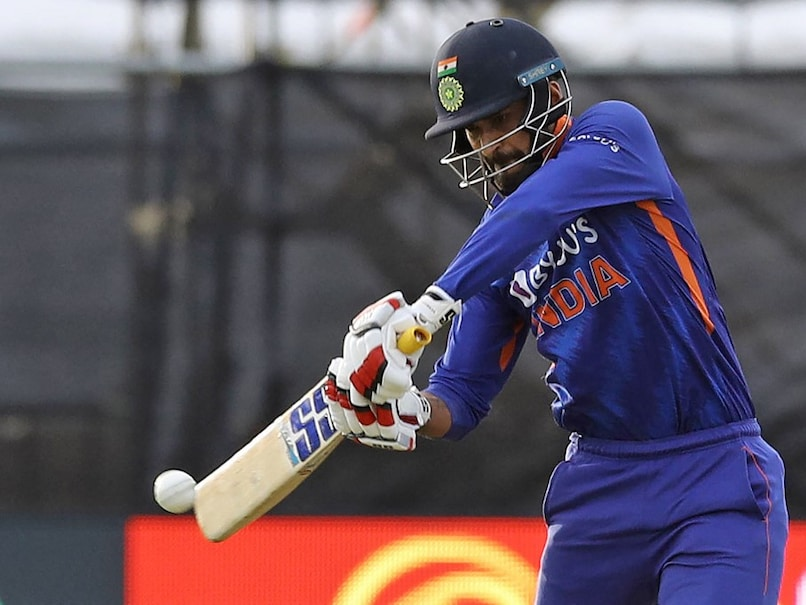 Harry Tector: Tector is still only 22 years of age, but he already has established himself as one of the batting kingpins in the Ireland team, at least in this format of the game. He scored 64 runs from 33 deliveries in the last game, maintaining a strike rate of 193.94 and hitting 6 fours and 3 sixes in the process.

Deepak Hooda: At the time, Pandya’s decision of sending Hooda to open the batting for India seemed strange, as the latter is a middle-order batter with no significant experience of opening. However, it turned out to be a masterstroke by the end of the game.

The 27-year-old, who came into this series on the back of a fantastic 2022 Indian premier League campaign for Lucknow Super Giants, proved why he deserves a place in India’s T20I squad. Hooda scored 47 runs from 29 deliveries, which included 6 fours and a couple of sixes.

While Ireland can seek solace in individual flashes of brilliance, it is certain that they still need to improve leaps and bounds in multiple areas, if they want to pose any serious threats to big sides like India. The visitors dominated the first match in almost its entirety and there is no reason to believe we will not be seeing a repeat of the same. Hence, we have predicted India to win this match and subsequently clinch the series.