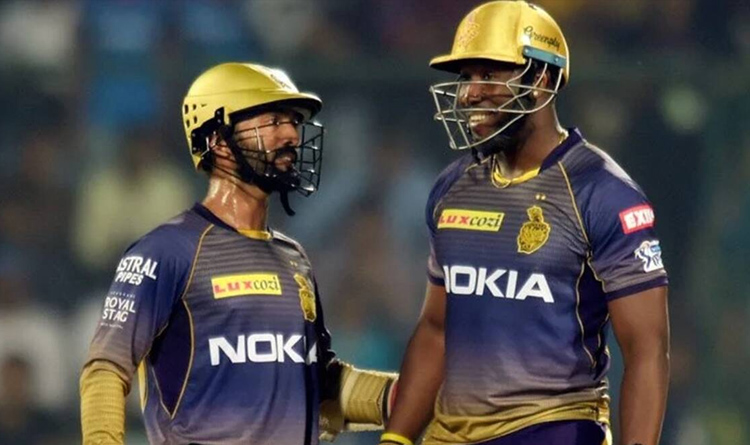 Kolkata Knight Riders defeated the Chennai Super Kings by ten runs in Game 21 of the 2020 Indian Premier League to move the no. 3rd place on the points table.

Meanwhile, Chennai Super Kings remained in the fifth position despite losing the match.

Notably, the Mumbai Indians continue to lead the point table with eight points in six games and a net run rate of +1.488.

Besides, the Delhi Capital is second in the point count. They have won four of their five games so far and have 8 points.

RCB slips to fourth place, while Sunrisers Hyderabad is sixth in total points and Rajasthan Royals at sixth position.

Kings XI Punjab is at the bottom on the point table.

IPL 2020 deploys the classic double-stage round-robin set up to ensure the top teams reach the top four spots on the IPL table and advance to the IPL playoffs. 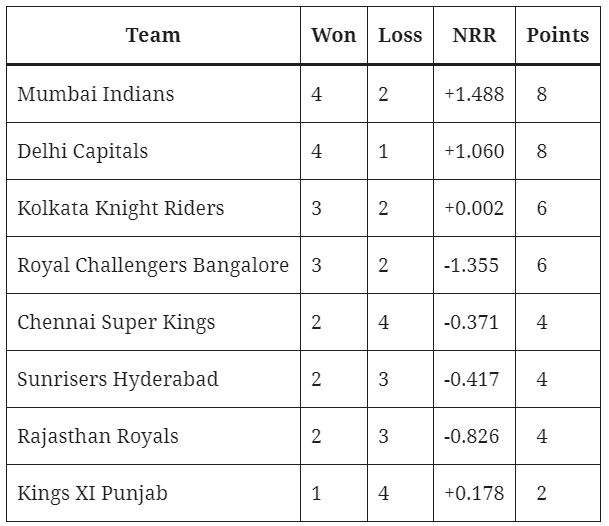 Meanwhile, Sunrisers Hyderabad (SRH) has a Game 22 of the Indian Premier League (IPL) with Kings XI Punjab (KXIP) on October 8, 2020, Thursday. Both teams will look for the achievement, and the match will be held at Dubai International Cricket Stadium.