India vs Bangladesh: Preview and Prediction 

Will India be able to seal a spot in the semis with a win over Bangladesh?

Team India will face Bangladesh in their next league match after a disappointing loss against South Africa on Wednesday in the ICC Men’s T20 World Cup 2022.

On Sunday, the Men in Blue had their first loss of the tournament against South Africa, who are on the top of the points table of group 2 with five points. With this loss, the Indian team slipped down to the second position with four points.

Meanwhile, The Bangla tigers also have four points with two wins, but they haven’t played against tough teams in their group, i.e. India and Pakistan.

The Indian team made one tactical change in their game against South Africa, which wasn’t successful. Deepak Hooda was called in for Axar Patel but failed to contribute with the bat. Also, Dinesh Karthik suffered a back sprain which can force the management to play Rishabh Pant as the wicket-keeper batter in the playing XI.

So Rohit and the company might make two changes which will allow Axar to come back in place of Hooda and Pant to replace Karthik. Yuzvendra Chahal might also get a look in place of Ravichandran Ashwin who went for a few runs against the Proteas.

Bangladesh had a successful last-ball victory against Zimbabwe and will be looking to carry the same momentum in their next match against India. Shakib and management made a tactical change of playing Yasir Ali instead of Mehdy Hasan against Zimbabwe.

However, Yasir was almost a spectator as he did not get any chance to express himself in the previous game. So the Bangla tigers might continue with the same combination or they can have experienced Mehdy back in the eleven against India.

The chances of qualifying for the semis for the Indian team will depend on the match against Bangladesh. The Men in Blue have won two matches out of the three games and with two games left, they will look to win both of the remaining games.

India has already beaten Pakistan and Netherlands but could not able to win against the South Africans. India posted a below-par total of 133 but still managed to take the game deep till the last over.

But David Miller had different plans and took the game away from the Indians. Rohit and the company are ready to face Bangladesh followed by Zimbabwe to get over with their league-stage matches.

Meanwhile, Bangladesh has suffered a loss against South Africa, but they have to play a couple of tough teams; India and Pakistan. In the last match against Zimbabwe, Shakib and company snatched a victory on the last ball of the match and won by just three runs.

The chances of getting into the semis for the Bangla tigers are less as compared to the Indian team because India has a better net run rate. Bangladesh has to beat both India and Pakistan to have a chance to qualify for the knockout stage.

Both India and Bangladesh will face each other for the 12th time in the T20 Internationals. In 11 games, India has won ten of them while Bangladesh has only one. The last time they played a T20I match against each other was in 2019.

Although, both India and Bangladesh played in the Asia Cup but this year they couldn’t face each other as Bangladesh were not able to qualify for the Super 4’s.

Suryakumar Yadav (India): India’s 360-degree player, Suryakumar Yadav has been in exceptional form. He has already struck a couple of half-centuries against the Netherlands and South Africa. Also, in the warm-up game against Australia, Surya smashed the Aussie bowlers all over the park. 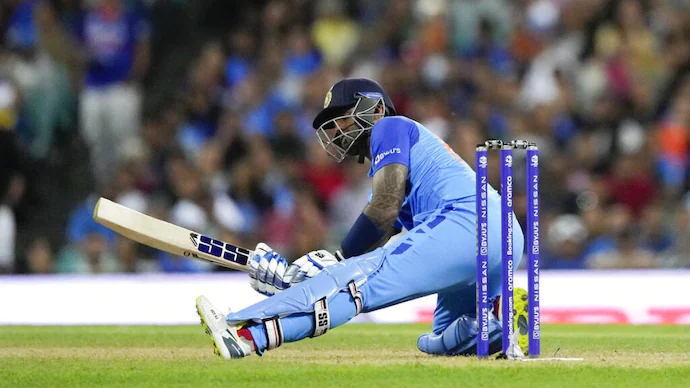 India was five down against South Africa in the first ten overs, but he was the one to hold the one end and counter-attack. SKY smashed 68 off just 40 deliveries which helped his team post a par total and with the type of touch he is in, Bangladesh will have to struggle to get him out early in the innings.

In 44 T20I games, Taskin has 36 wickets under his belt with a healthy economy of 7.4, which is why he will be the key player from the Bangladesh team.

Looking at the head-to-head record of these two teams, the Indian team definitely have an upper hand over the Bangladesh team. With the current form of both teams, Bangladesh can upset India as we have seen some unlucky losses coming India’s way this year, but the Indian team will look for a comfortable win and seal a spot in the semis.