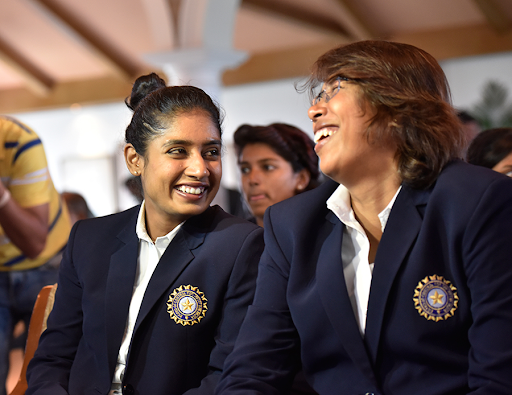 Team India dropped out of the ICC Women’s World Cup after suffering a three-wicket loss against South Africa on Sunday at the Hagley Oval, Christchurch. Mithali Raj summed up India’s mixed-bag campaign by saying that it was a good learning experience for some of the lesser experienced cricketers on the side, which will shape them up well for future events.

At one stage, the equation was in favor of India in the final over of the game, but a decisive no-ball cost India big time, and in the end, the side was knocked out of the tournament.

“There’ve been ups and downs like we’ve done well against West Indies but we lost against England and Australia. And even New Zealand. So we did mix it up a little bit in the initial phase of the tournament. But I guess the way we made a comeback, even in today’s game the way the girls have responded, whether it is bowling or batting, I think they’ve done well,”

“It was a good game overall if we have to judge it from the crowd, from people who watched, the viewers and for the sport, but yes for the Indian team it’s the end of the road in the tournament. A lot of good things have come out of the tournament like we’ve got Yastika [Bhatia], Shefali [Verma] started to score runs. The spinners have done well. There will be areas that as a team we need to work on moving forward. But overall, I think we could have done better. We could have done better in the initial phases of the tournament.

“I think the future is very bright looking at Richa [Ghosh], Yastika and we have, of course, Sneh Rana – she made a comeback, we have Meghna [Singh] who’s in the stand by and these girls will play in the coming years the good standard of cricket and the way they get the exposure of playing different leagues and playing regularly with the best of the best in the world, I’m sure the team will shape up well for the future tournaments,”

Raj was also effusive in her praise of Harmanpreet Kaur, who not only did well with the bat (48 off 57) but also delivered vital breakthroughs both while bowling (2-42) and fielding (two run-outs).

“Her performance was exceptional in today’s game, just not through her batting. When I gave her a ball, she came there to bowl – even her contribution in fielding was immense, I think very important run-outs and getting those crucial wickets and all-around performance. I think having senior players in events like this, to get the experience to play the most important game helps with the team.”

“I think there was a partnership between Laura and Goodall. I think that was something we managed to break but the most important couple of overs which I felt was when Tryon came in, and when the asking rate was around nine and she got it back to seven. And I think that that was a moment which tilted the match in their favor,”

“We could have added more runs from the death overs when we batted. The spell [Shabnim] Ismail had bowled in the last five overs, where the sort of start we got and the way we built the innings, we could have got many more runs having wickets in hand.”

Raj’s final World Cup did not go as she would have liked while Jhulan Goswami’s World Cup ended with her missing the final game due to a side strain.

“There will be generations of players coming and going, the team definitely will have to get going after every World Cup, there is always a change in the team, in the dressing room. There’ll be fresh faces in, there will be some experienced players in – so I think every team has to go through this process of rebuilding a team after the World Cup, especially after the one day World Cup, so that they prepare for the coming World Cups in another four years. And I guess we are no different, probably the Indian team also will go through the same transformation,”

When asked if this was her final appearance for India, Raj replied:

“It will not be appropriate for me to comment anything on that, considering the sort of game that we just played, and as I said, the emotions are still there. So it needs to settle down before I could sort of have clarity on that and give an answer to that.”