India favourites against West Indies in 2nd T20I at Kolkata 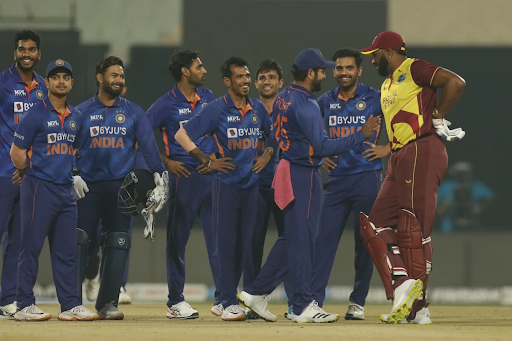 India have plenty of spin bowlers in their ranks to trouble the West Indies’ batsmen, who have been struggling against the spinning ball across the two venues in Ahmedabad and now Kolkata. In the first match of the T20I series, debutant spinner Ravi Bishnoi returned with an impressive spell of 4-0-17-2 to break the West Indies’ middle-order after Nicolas Pooran and Kyle Mayers provided them with a strong partnership of 47 runs for the second wicket.

Pooran made a fine 61 from 43 balls in the first match which propelled the West Indies to a competitive total of 157/7 after they were invited by India to bat first. But the rest of the Caribbean batsmen could not make any mark whatsoever, barring their captain Kieron Pollard who scored 24 not out.

Later in the contest, the West Indies bowlers could not replicate the performances shown earlier in the innings by the Indians, as despite taking three wickets in the middle-overs in quick succession, they were defeated by a strong partnership for the fourth wicket between Suryakumar Yadav and Venkatesh Iyer.

Suryakumar has been a rock for India and the middle-order having scored plenty of runs against the Caribbean side in the four matches so far. On Wednesday, the right-handed Suryakumar scored an unbeaten 34 to guide India to 1-0 lead in the series, in the company of all-rounder Venkatesh Iyer, who scored 24 not out.

The West Indies clearly depend on their power-hitting game but they are yet to find their way around the Indian spinners, who have persistently troubled them on this white ball tour. The Caribbean side indeed has plenty of hard-hitting batsmen but several of their batsmen lack the gumption to drop the anchor and build innings with ones and twos — commonly called rotation of the strike — which can be a right approach to see off the spin bowlers.

While Pooran was the star for the West Indies in the first match, India were also bolstered by a strong opening pair of Rohit Sharma and Ishan Kishan, who put on 64 from 7.3 overs to put their side on track for a big victory. The failure of Virat Kohli to notch up another big score, who was dismissed for 17, along with that of Rishabh Pant did provide India some concerns in the middle but the home team will be hopeful of these two batsmen coming good in the next couple of matches.