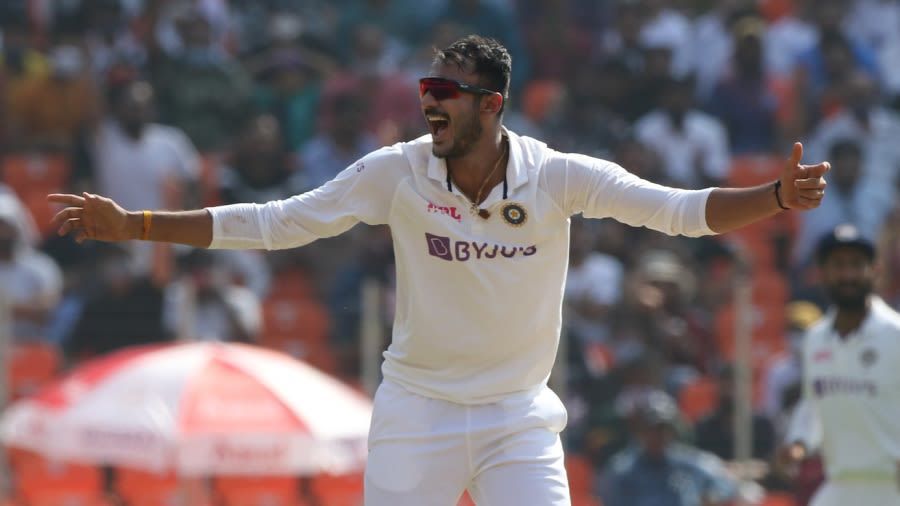 It did not take India more than two days to run over a hapless England side in a match contested on a pitch that played more on the minds of the batsmen from both the teams, as the home team sauntered to a massive 10-wicket victory in the third and final session of the day-night Test at Ahmedabad on Friday to take an unassailable 2-1 lead in the four-match series.

Akshar Patel was the hero for India in the contest with 11 wickets—6 wickets in the first innings and 5 in the second—to set up a huge victory as well as a record for best bowling performance in a day-night Test cricket match played with the pink ball.

Rohit Sharma and Shubman Gill completed the formalities of a 10-wicket win in the final session on the second day to ensure that India remain in the hunt of the spot to compete with New Zealand in the final of the ICC World Test Championship (WTC) at the home of cricket in Lord’s in June this year.

The game, in Ahmedabad, was a forgettable one for batsmen from both the teams—particularly those from the visiting side. England were shot out for poor scores of 112 and 81—despite winning the toss they failed to drive home the advantage and put up a score that could actually challenge the feeble batting line-up of the Indian cricket team.

England also made the tactical error of selecting as many as three fast bowlers for a Test match to be played on a spin-friendly pitch at the world’s largest cricket stadium in Ahmedabad. The trio of James Anderson, Stuart Broad and Jofra Archer had very less to do with England captain Joe Root, who happens to be a part-time spinner, ending up with career-best figures of 6.2-3-8-5.

England were bowled out for a mere 112 in their first innings despite Zak Crawley’s 53. Patel returned with 6/38 while Ravichandran Ashwin took 3/26. India, in reply, were equally horrible when they stuttered from 99/3 at the start of the second day’s play to be bowled out for 145, despite Rohit’s 66, with left-arm spinner Jack Leach grabbing 4/54.

With 33 runs ahead in the first innings, India unleashed their spin duo of Patel and Ashwin who once again shared 9 wickets between themselves to bundle England out for a mere 81, which left them 49 to win. Rohit 25* and Gill 15* ensured there were no more hiccups for the home team as they sailed to a comprehensive victory on a dubious wicket.

The match witnessed two records being created: Ashwin became the second-fastest spinner in the history of cricket to take 400 wickets, in 77 Tests with Muttiah Muralitharan being the quickest with 72 matches to do so. India fast bowler Ishant Sharma also completed his 100 Tests, becoming only the second to do so after Kapil Dev.

The fourth and final Test will be played at the same venue from March 4.