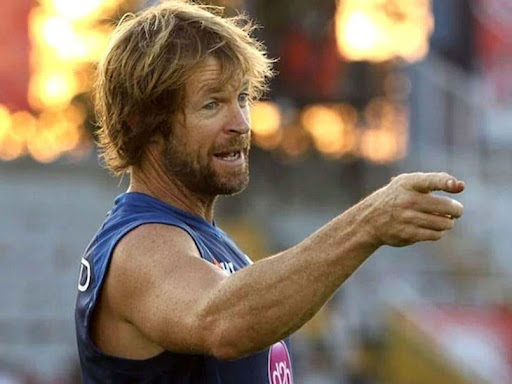 Jonty Rhodes expressed his feeling about the Kohli stepping down decision from the test captaincy while he further said that teams should be now more careful from Kohli.

South Africa batter Jonty Rhodes expressed his feeling on Virat Kohli’s decision of stepping down as India’s Test captain. BCCI had earlier removed Virat Kohli from the ODI captaincy while he had already quit the T20 captaincy.

BCCI announced Rohit Sharma as the new Indian white-ball skipper after Kohli’s stepping down. Rhodes said that Kohli leaving the test captaincy was a “personal decision” and Indian fans should rejoice at the fact that Kohli is still playing and is ready to contribute to the team’s cause in whatever way he can. Rhodes went on to state that teams should be more careful of Kohli now as would be anxious to score heavily to prove a point as a batter.

“I’d be a little bit nervous of a Kohli who doesn’t have the responsibility of leadership. Not that it cost him anything. I think he scored incredible runs for India. But he is such a passionate guy that he would want to go out there and score heavily just to show that he is still relevant to India in any capacity,”

Rhodes who was considered as one of the best fielders in the history of cricket is currently busy with the legends Cricket league in Oman.

Rhodes lauded Kohli for his stunning performance as a captain.

“With regards to him stepping down (as Test captain), it’s always a personal decision. He’s not retired. Many captains leave the job and just walk away but Kohli’s still around. He is very passionate. We know how he plays the game. He is always 100% committed. His work ethic is just as strong. He thinks he has a role to play for India still, just not as a captain. You have to respect someone like him for what he has done.

“I can’t judge him and guess the reasons for him stepping down as India’s Test captain. But if he is still there, surely that’s a good thing”

Kohli is India’s most successful Test skipper while under his captaincy India wins 40 test games out of 68 matches. India defeated Australia for the first time on his soil in the test series and stood on the top ICC ranking for a long time.

Rhodes said former Indian skipper MS Dhoni was the one to put the utmost importance on physical fitness and Kohli just took that to a whole new level.

“Someone like Dhoni started the turnaround, showing people where you can be if you are fit and you are strong. Kohli just took that to another level,”

When asked about which player should replace Kohli for the India next test skipper, Rhodes preferred to sit on the hedge.

“There are a few players out there who can get the opportunity. But I have no idea,”