Tournament favorites Australia will be up against their arch-rivals and defending champions England on Sunday, April 3rd at the Hagley Oval, Christchurch.

Both the sides will be targeting to grab the silverware with England aiming to become the first side since Australia in 1988 to record two consecutive Women’s Cricket World Cup wins (Australia actually recorded three in a row – 1978. 1982, 1988) whilst Australia aiming to lay hands at the elusive trophy for a record seventh time.

Although Australia and England have shared 10 of the 11 previous World Cup titles, they’ve not met in the showpiece event in any of the last seven editions. The last time the two sides faced each other at this stage was in 1988 when Australia won by eight wickets.

What to expect from the venue?

The venue meanwhile, is a batter’s paradise and hence one should expect plenty of runs to be scored. The ground has in fact seen the second-highest total ever to be registered in women’s ODI cricket when New Zealand posted a total of 455/5 against Pakistan way back in January 1997. Although historically, teams batting second have won more games at this venue (8) when compared to teams batting first (5), one can see the team winning the toss opting to bat first, considering it is always easier to pile runs earlier in a crucial game such as the World Cup final.

Australia were the tournament favourites and have lived up to their bill even during the tournament. They are the only unbeaten side in this competition and have in fact won 37 of their 38 women’s ODIs since the beginning of 2018 including winning their last 11 games on the bounce in the format.

England, on the other hand, had a slow start losing their first three games of the competition. They however pulled their sleeves up and registered a victory in each of their remaining four games to qualify for the semi-finals. Against South Africa, the Three Lions showcased their most complete performance of the tournament, registering a comprehensive 137-run win.

Both in ODIs and in the World Cup, Australia has dominated all matches against England. The two sides have squared off against each other in 82 ODI games wherein the Aussies have registered 56 wins. England, on the other hand, has won 22 such games. Both the sides have also played one tie game amongst themselves while three games have ended in no results.

In the World Cup, Australia and England have met 18 times, with the Women in Yellow winning 12 of those previous games while losing four. One such game between the two sides ended in a tie while one ended up with a no result.

The last time these two sides were up against each other, Australia managed to register a narrow win over their rivals by winning by a margin of 12 runs during the group stages of the tournament.

Rachel Haynes (Australia): The Australian vice-captain Rachel Haynes has been in sublime form so far in this tournament, scoring a ton and also registering two half-centuries and averaging a mighty 61. Once again it will be up to her to help her team clinch the coveted trophy. Haynes is the second-highest run-scorer in the tournament with 429 runs and is five away to leapfrog Laura Wolvaardt to top the batting charts. 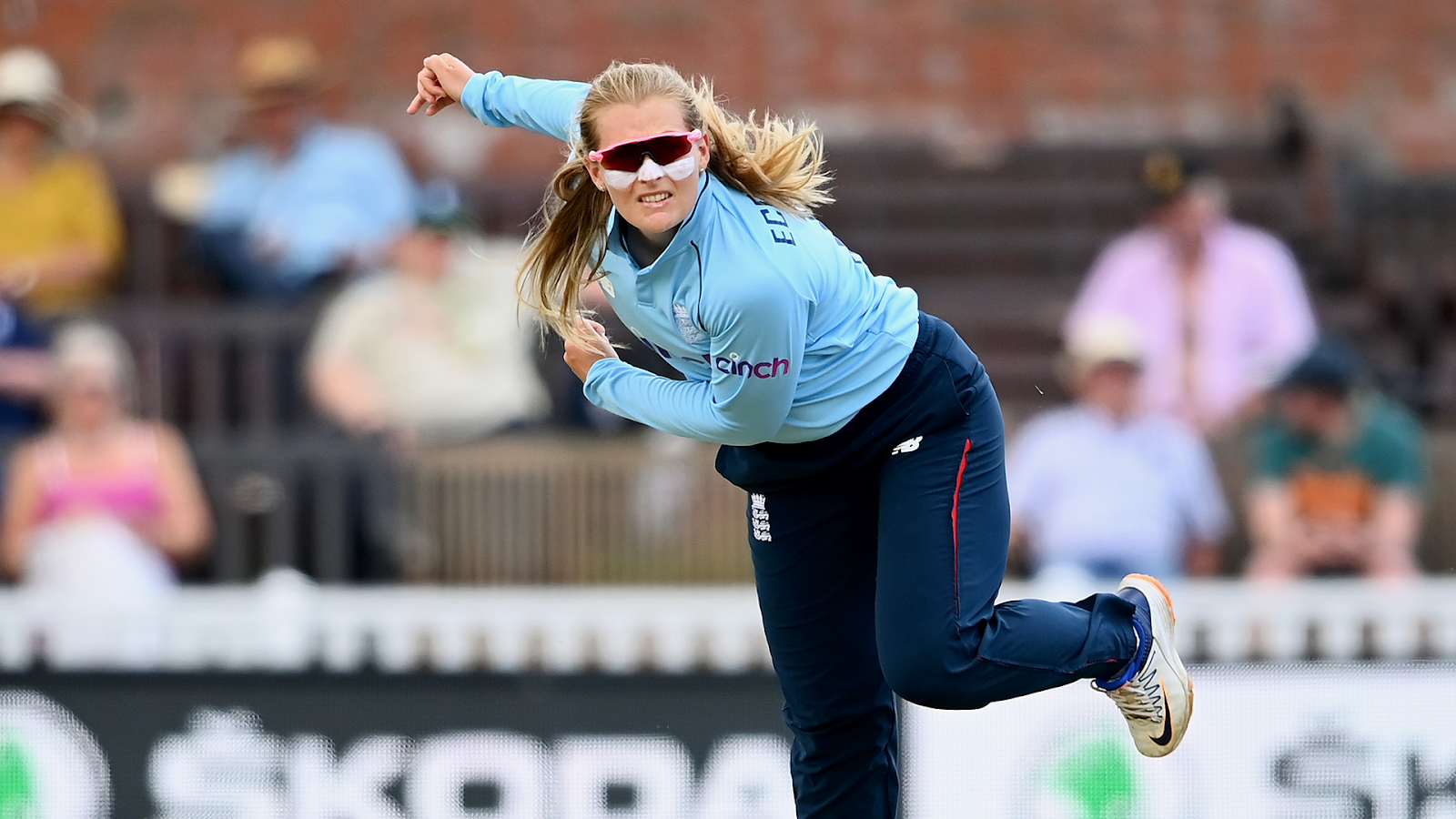 Sophie Ecclestone has scalped 20 wickets in the ongoing World Cup

Sophie Ecclestone (England): England’s 22-year-old left-arm orthodox bowler Sophie Ecclestone has been the go-to bowler for the English side in their campaign so far in the World Cup. Such has been her impact in this tournament that she is the leading wicket-taker of the competition with 20 scalps to her name, at least six more than the next best on the list (Shabnim Ismail). She will have an important role in not only picking up wickets but also containing runs if England is to win the World Cup.

Australia is the prime favourites to win this game and ultimately the World Cup. Having played as Invincibles throughout the competition and boasting several match-winners, it would take a Herculean effort for England to beat the Aussies.

However, as they say, the game is not played on paper but on the ground, we might see England giving their all to record their fifth championship title.