Rohit Sharma’s coach Dinesh Lad is not impressed with the way the Indian captain has been getting out of late, saying he should fall back on assuming the anchor’s part rather than a “high-risk” game.

Rohit Sharma’s coach Dinesh Lad is not impressed with the way the Indian captain has been getting out of late, saying he should fall back on assuming the anchor’s part rather than a “high-risk” game.

Lad believes his ward to spend more time on the wicket. The Indian skipper got out for four runs against Pakistan on Sunday and scored just 14 against Australia in a warm-up match in the ongoing T20 World Cup.

“Yes, he is playing a high-risk game for quite some time now, which he should not. I have no idea why he is doing that. I think he is making a mistake in playing an overly aggressive game,”

Lad told PTI in an interview on Wednesday.

“I feel he should spend more time on the crease and not throw his wicket away. I don’t want him to take chances in the first six overs of the powerplay. He should play his normal and natural game.

The coach said that he would like to see a change in Rohit’s approach in T20 cricket, especially in the ongoing showpiece.

“As his coach, I would like to see him as an anchor and not as a destroyer who plays high-risk games. If he stays on the wicket for some time, he will play long and useful innings.

“He plays too much in the air, maybe because sometimes it is needed in T20 cricket. But I would say he should go with controlled aggression. If he cuts down the risky shots, he will do well in every match.”

“The last time I spoke to him was before he went to the World Cup. We did not talk much about the technique as he has played so much cricket for India.

“I advised him to stay on the crease and play sensibly. I always want him to lead from the front and contribute maximum towards India’s victory. But he is not getting the time as he is throwing his wickets away.

“Sometimes he gets out cheaply playing rash shots and he has to face criticism for that.”

He expressed confidence that Rohit will come back strongly in the upcoming matches.

“I am sure Rohit will come back very strongly. I feel he must show some patience. He should spend more time on the crease. The wickets in Australia are ideally suited for his kind of game. He is a stroke player and the ball nicely comes into the bat.

“In T20 cricket, it’s difficult to talk about technique much. He should start enjoying the game more and do well for the country both as a player and as a captain.

“Virat Kohli played the best T20 innings I have ever seen. The best part was that he was always in control. He never played a false or wrong shot.

“In T20 cricket, there is a lot of improvisation, reverse sweeps, scoops, etc. but Virat did not play any such shot. He played proper cricketing shots. This had to be his best innings given the magnitude and the pressure situation India was in.”

He also said that Rohit must try to adapt and play as Kohli did during his wondrous knock against a lethal Pakistan attack.

“I feel that Rohit will start playing like a match-winner again. We are about to see the best of Rohit once again, like the 2019 World Cup in England.” “He has won five IPL titles. He is an involved captain. He has self-belief. He knows how to take the best out of which player and how to utilize the best out of them.

“Our chances of lifting the World Cup have increased as the momentum is with us. Momentum is there in India’s favor after their thrilling victory over Pakistan on Sunday.” 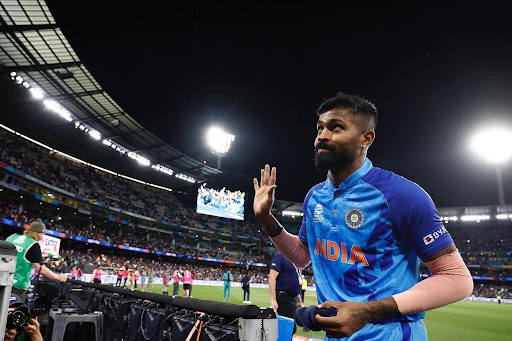