“Harder I tried, Farther It felt,” Ravichandran Ashwin reveals that he thoughts of retiring in 2018 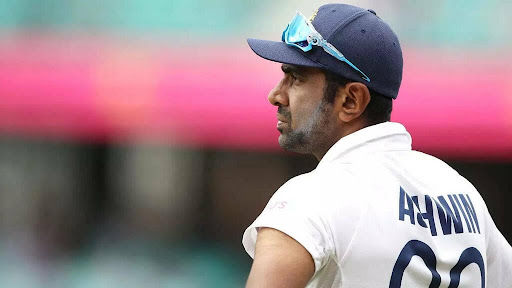 Indian spinner Ravichandran Ashwin has revealed that he had decided to take retirement from international cricket after the England series in 2018 while he explained how it was difficult for him to come back.

Indian spinner Ravichandran Ashwin has revealed that he was decided to take retirement from cricket in 2018 after the England series.

He felt that he didn’t perform very well for Team India and that’s the reason he decided to take retirement. He further said there was a time three years ago when he used to feel tired just after bowling six balls.

He explained how it was difficult for him to adjust again his techniques along the same lines as he used to do.

“Between 2018 and 2020, I contemplated giving up the sport at various points. I thought, ‘I have put in a lot of effort, but it is not coming through.’ The harder I tried, the farther it felt. Especially with the athletic public and the patellar tendonitis – I used to bowl six balls and then I used to be gasping for breath. And there would be pain all over the place. So you needed to make adjustments,”

“When the knee pain got excruciating, the next ball I would probably jump less. When I jumped less, obviously the force needs to be produced through the core and the back and the shoulders, so the public would act up. So the third ball I would be extra side-on to try to use the hips. By the time I was done with six balls, I would be like, ‘I need a break here,”

Ashwin said people were not sensitive towards his injuries and he ran out of people to lean on during the testing times.

“I contemplated retirement for a lot of reasons. I felt like people were not sensitive enough to my injuries. I felt like a lot of people were backed, why not me? I have done no less. I have won a lot of games for the team, and I am not feeling backed,”

He said he contemplated retirement after Australia too later in 2018 when he was injured.

“Just after the England series in 2018, after Southampton, was one phase. Again in Australia later that year where I tore my abdomen after the Adelaide Test, before and after Sydney. Many stages,”

“The only person I would be talking to was my wife. But my father was hell-bent: you will make a comeback in white-ball cricket, and I will see that before I die. For him it was more personal,”

Ashwin is now part of the Indian Test squad who will face South Africa for three Test-match series, starting on December 26.