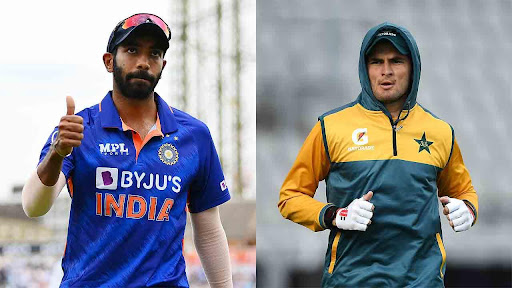 Both Pakistan and India are without their star pacers Jasprit Bumrah and Shaheen Afridi while former India spinner Harbhajan Singh said that India will miss Bumrah and him not being a part of the lineup will be a respite for other sides.

Asia Cup will be starting on August 27 with the opening game played between Afghanistan and Sri Lanka. The fans are eagerly waiting for the high-octane group stage clash between Pakistan and India.

All eyes will be on Babar Azam’s and Virat Kohli’s forms. Both Pakistan and India are without their star pacers Jasprit Bumrah and Shaheen Afridi. Former India spinner Harbhajan Singh said that India will miss Bumrah and that not being a part of the lineup will be a respite for the other side.

“Jasprit Bumrah is an extra-ordinary bowler. If you see his performances over the past two years, he has had quite an impact. This year he also became the captain. So he being not there is a respite for the other teams. He is a bowler who can turn the tide of the game,”

said Harbhajan in a video uploaded on Sports Tak.

“Mohammed Shami and Harshal Patel are also not there. So the bowling of the Indian team looks slightly weak to me. But India has better spinners. Yuzvendra Chahal and Ravichandran Ashwin have a lot of experience, they can help the team win,”

Former Pakistan captain Shahid Afridi also weighed in on the absence of Shaheen Shah Afridi and he was critical of the management for not giving the ace speedster enough rest.

“Shaheen Shah Afridi is my junior. I keep giving him advice. He is quite aggressive and he gives his everything. In PSL, he used to dive a lot, then also I used to give him advice that does not dive as you are a fast bowler. You can get injured, but later I realized he is also an Afridi, he did not listen to me,”

“He is undergoing treatment, I just hope he gets fine in the next 1-2 months. We all want him to be there for the World Cup, he should not miss that tournament. You are right, you should not make him play cricket continuously. Fast bowlers don’t have a long shelf life. Our bench strength should be strong and it is strong. You should keep rotating bowlers and give everyone a proper rest,”