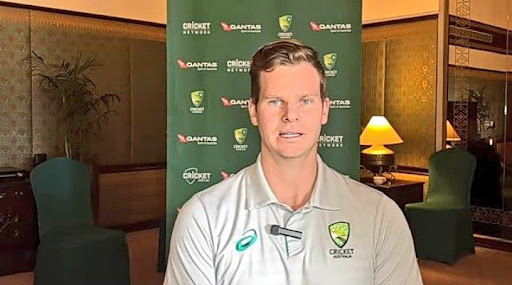 We've got a lot of people working here with us, we trust our security and we're feeling incredibly safe in Pakistan

Australia right-handed batter Steve Smith said the players felt “incredibly safe” on their first tour of Pakistan in nearly 25 years while he further said the team trusted the security arrangements in place.

Australia batsman Steve Smith said on Tuesday the players felt “incredibly safe” on their first tour of Pakistan in nearly 25 years, despite spinner Ashton Agar receiving a death threat via social media just days before the start of the first test.

Ashton was warned against touring to Pakistan, though the threat was dismissed following an investigation by the Boards of Pakistan and Cricket Australia and Government security agencies.

Cricket Australia said extensive security plans were in place for such social media activity and that the threat was “not considered a risk”.

Smith said the team trusted the security arrangements in place.

“We’re aware of social media and the unfortunate events that can occur on platforms,”

he told reporters ahead of the first Test, which starts on Friday in Rawalpindi.

“We’ve got a lot of people working here with us, we trust our security and we’re feeling incredibly safe in Pakistan.”

The terrorist attack happened in 2009 at the Sri Lanka cricket team bus in Lahore and after that, no one comes to tour Pakistan till 2019.

Last year, New Zealand had withdrawn its tour of Pakistan just before the toss of the match by citing security issues. Then, the England tour was also scheduled after the Black Caps visit but they had also pulled out the tour of Pakistan.

Smith said that he was relishing the challenge of playing in Pakistan.

“It’s great to be back here and playing cricket,”

“It’s the first time a lot of us have been here and we’re excited. We know how passionate Pakistanis are about cricket.”

Smith sustained a concussion in a match against Sri Lanka in Sydney last month, slamming his head to the ground after falling over the boundary rope but the 32-year old said he had progressed well.

“It’s the first session back for me facing fast bowling. I’m recovering from the concussion and I’ve faced some side-arm and spinners,”

“The head has progressed well the last few days. I’m feeling in a good space, do a lot of stuff where I’ve got my heart rate up to a good amount and brought it down … all part of the protocols of getting back to playing.”