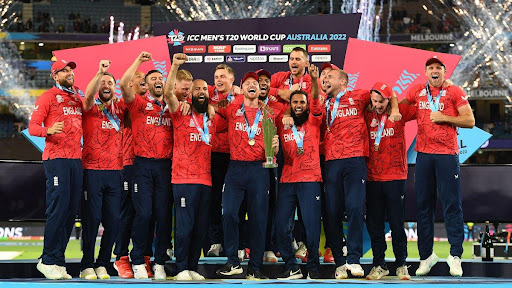 Darren Sammy says You look at India, which has the biggest T20 league, but their players do not have the experience of the guys who are playing all over the world

Former West Indies skipper Darren Sammy on Monday said that Indian cricketers not playing in abroad leagues added to their disappointing effort in the T20 World Cup while he added that champions England benefitted from the experience of their players plying trade in leagues abroad.

No active Indian cricketer contracted or otherwise, is allowed to play in overseas T20 leagues.

Sammy, who led West Indies to two T20 World Cup titles (2012 and 2016), expressed champions England benefitted from the experience of their players plying trade in leagues abroad, including the Big Bash in Australia.

“The players with experience playing in T20 leagues around the world shone. You look at India, who has the biggest T20 league, but their players do not have the experience of the guys who are playing all over the world,”

Sammy said in an ICC release.

“You look at guys like Alex Hales, Chris Jordan, guys who play in the Big Bash. It is no coincidence that they (England) excelled in Australia.

“England was the most complete team and they are fitting champions. They showed they were the best all-round team in all their pressure matches.”

England beat Pakistan by five wickets in the summit clash at the MCG on Sunday to become the only country to hold both the 50-over and T20 World Cup titles at the same time.

“England has always been able to adapt to what the situation required. Whether it was against Afghanistan in Perth, they did what they needed to get the win. Against Sri Lanka and New Zealand, they upped the tempo when necessary,”

“Against India in the semi-final, we saw it. In the final, they were dominant. They only needed to chase 137, and they did it. That is maturity in the batting line-up, understanding what you need to do, and playing accordingly. They were the most adaptable team with bat and ball and they are worthy winners.”

Sammy was all praise for star England all-rounder Ben Stokes, who played an outstanding knock of 52 off 49 balls in the final, whom he called the “hero” of the England team.

“I am so happy for him that he stood up in a final. It’s not the first time he has done it. It tells you the mark of a great player because you always find yourself in a position to be a hero for your team. That is what Ben Stokes has done.”

It was redemption time for Stokes who was hit for four consecutive sixes by Carlos Braithwaite in the 2016 T20 World Cup final at Eden Gardens in Kolkata.

“I think it’s not fair to him that the one defining over in 2016 final will always be remembered when you talk about the T20 World Cup finals. Since then, he has soared high like an eagle. With the bat, especially, he has had so many great moments in all three formats,”