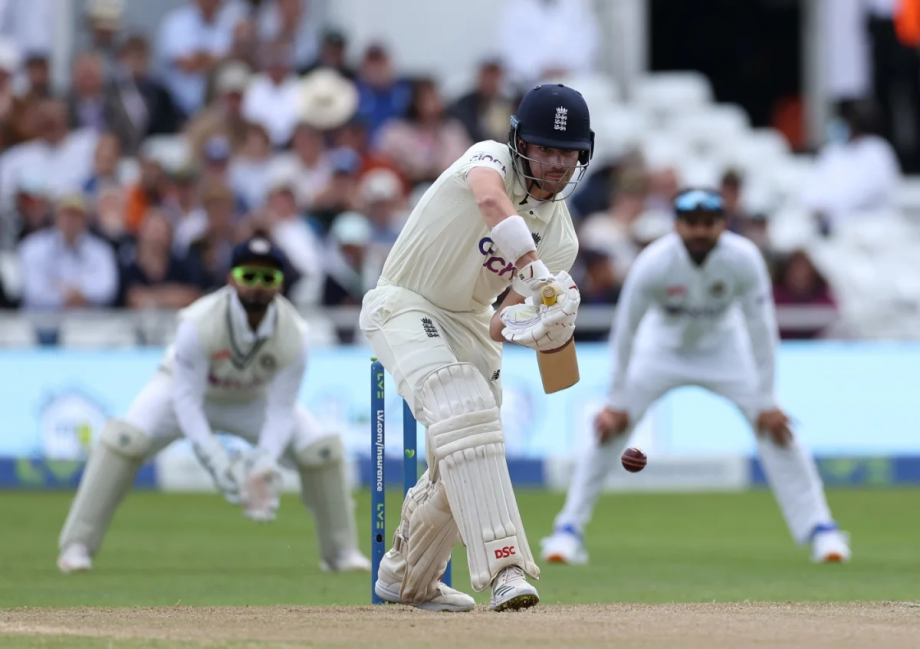 England were 21-0 in reply to India’s first innings total of 278, which provided them a huge lead of 95 runs, on the third day of the rain-truncated opening cricket Test match of the five-match series being played at the Trent Bridge ground in Nottingham on Friday.

When rains forced players off the field and the umpires to call it a day on the third day with only 49 overs of play possible, England were 21-0 in 11.1 overs, having successfully kept India wicketless in a tough session of play wherein their batsmen showed plenty of promise. While Rory Burns reached 11 not out, his opening partner and right-handed batsman Dom Sibley was batting on 9 not out.

It was the Indian tail which finally waged after producing plenty of disappointing shows, with the last five players in the Indian line-up adding more than 130 runs which gave them a stronghold in the game after their middle-order collapsed. India captain Virat Kohli was dismissed for a first-ball duck, Cheteshwar Pujara was removed for 4 and Ajinkya Rahane was dismissed for 5 as India were struggling at 112/4 at one stage.

India lost their explosive wicket-keeper batsman Rishabh Pant to Ollie Robinson which was the first wicket to fall for them on the third day, as the England seam bowler was able to record his first five-wicket haul in the longest format of the game. Robinson got rid of Rohit Sharma (36), Pant (25), Ravindra Jadeja (56), Mohammad Shami (13) and Jasprit Bumrah for 28, which was also the Indian No 10’s highest score in Test cricket.

Jadeja scored the second half-century of the Indian innings as the first was recorded by their opening batsman KL Rahul, who desired a century but fell 16 runs short of it. He was removed by James Anderson, who also went past India legend Anil Kumble in terms of most wickets for any bowler in Test cricket (619). Anderson claimed 4 wickets for himself.

Rahul was the top scorer for India with 84 runs from 214 balls, while hitting 12 fours. On the other hand, Jadeja scored in an aggressive mode, hitting right fours and one six to make 56 from 86 balls.

While Shami did not manage to either clear the boundary or send the ball to the ropes, he made a good-looking 13 from 20 balls. Bumrah was the top scorer for India in their tail, hitting three fours and one six to make 28 from 34 balls. Mohammed Siraj also chipped in with 7 runs.