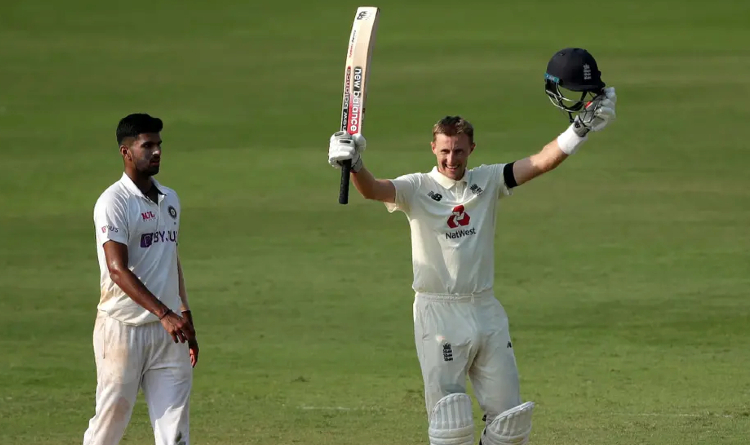 England captain Joe Root smacked 218 as the visitors reached 555/8 at stumps on the second day of the opening cricket against India at the MA Chidambaram Stadium in Chennai on Saturday. Root posted his third Test century on the trot and second double hundred of the year 2021 as England gained control in the opening Test of the four-match series.

England, who resumed at 263/3 on the second day went on to post a huge total which Root wanted them to get. While the visitors, who were expected to declare towards the end of the second day did not call time on their innings, it can now be said that they would want the 600-run mark in the first innings to give themselves the best shot in winning this match.

The England captain had spoken about posting around 600-700 in the first innings and make full use of the opportunity of getting on a flat batting wicket which has produced absolutely no amount of support for both fast bowlers and spinners so far in the game.

The Indian team has also been struggling with the new SG ball which was meant to remain harder for longer periods of time, but it does not look to be of the quality they would have liked.

England were bolstered by a rapid 82 from their vice-captain Ben Stokes whereas the others in Ollie Pope (34), Jos Buttler (30) and Dom Bess (28 not out) provided strong resistance to keep India at bay for the entirety of the second day.

India were disappointing in the field as not only they dropped plenty of catches, but their bowlers were also indisciplined. Shahbaz Nadeem and Jasprit Bumrah bowled as many as six no balls each, followed by Ishant Sharma with five and Ravichandran Ashwin with two. In all, India bowled a total of 19 front-foot no-balls.