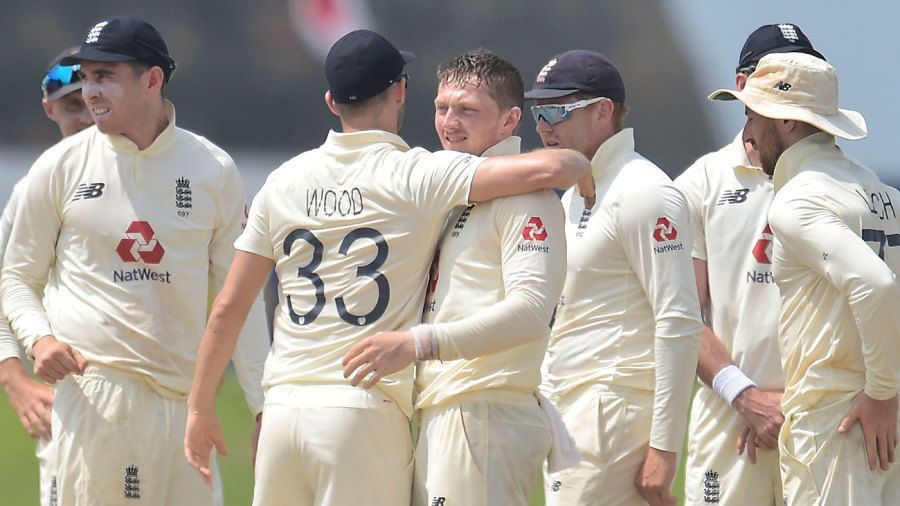 Sri Lanka suffered a batting collapse in the second innings to be bowled out for a mere 126, setting England a small target of 164 to win and take the series. England did fumble at the start but they recovered well following a fine half-century from opener Dom Sibley and strong support from wicketkeeper-batsman Jos Buttler to win the second and final Test match at Galle and take the series 2-0.

It was for the first time in the history of the sport that after fast bowlers took all 10 wickets in one innings, it was the turn for the spinners to dismiss their position as England tweeters came to the fore on the fourth day of the Test, and delivered a body blow to the Sri Lankan hopes of equalising the series after they had worked incredibly hard for first three days of the contest.

The home team was guilty of batting without conviction and poise as they played reckless shots all through their innings and did not show any gumption to stay put on the wicket and build on partnerships that would have them set a huge total for an in-form England batting line-up.

Left-arm Sri Lanka spinner Lasith Embuldeniya, who had taken seven wickets in the first innings, chipped in with the bat as he top scored for the island nation with a resolute innings of 40, which came from only 42 balls including seven fours and a six. England spinners Dom Bess (4/49), Jack Leach (4/59) and even Joe Root (2/1) ran riots in the Sri Lankan ranks as the home team was bowled out for a mere 126 in only 35.5 overs on the penultimate day of the cricket Test match.

Sibley remained unbeaten on 56 whereas Jonny Bairstow chipped in with 29 and Buttler reached 46 not out from only 48 balls as England sailed over the given target by the time it was getting close to stumps on the fourth day.

Earlier in the Test match, Sri Lanka had battled hard to get to a respectable first-innings total of 381, which was possible following a fine century by Angelo Mathews who made 110, captain Dinesh Chandimal chipping in with 52, Niroshan Dickwella making 92 and Dilruwan Perera bringing on his experience to put on 67.

In reply, England were bolstered by a superb knock of 186 as captain Root was unfortunate to have missed out on a deserving double century after notching up a stunning 228 in the first Test at the same venue. Buttler was also among runs in the first innings, scoring 55 from only 95 balls.

Confident with their fifth overseas win in a row, England now cross over to India where they will face the world number one team in a four-match Test series which starts in Chennai on February 5. England will play two Test matches each in Chennai and Ahmedabad before they get on with the limited-overs leg of the tour.