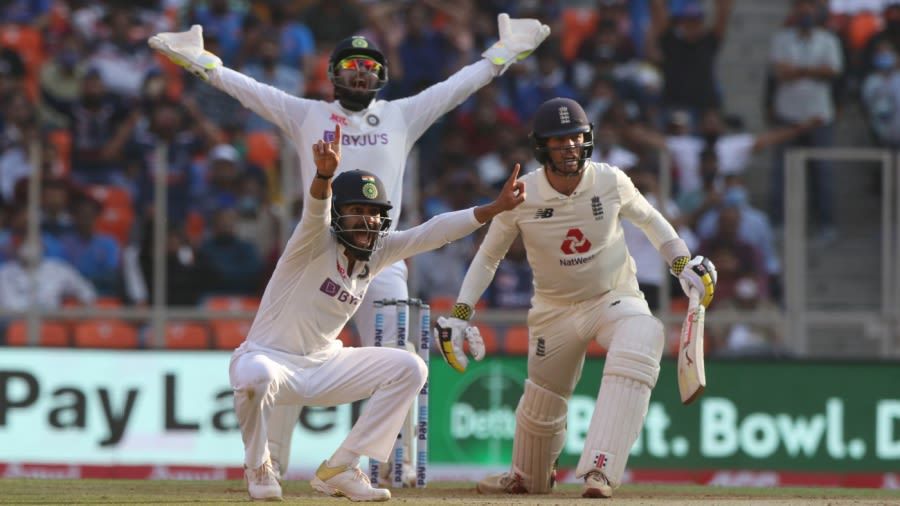 A battered England cricket team is contemplating whether they should reach the International Cricket Council (ICC) and lodge a formal complaint over the quality of the pitch which was prepared for the third test at the world’s biggest cricket stadium in Ahmedabad, with the match finishing inside two days in a crushing 10 wicket defeat for the visiting side.

England batsmen were found wanting desperately on a pitch that was in a way underprepared, with the SG pink cricket ball skidding more on the surface than any other delivery ball which proved to be too tough to play against the quality of Indian spin attack. England were dismissed for 112 and 81 in the two innings, whereas India themselves were shot out for 145 in their first essay with only the Indian opener in Rohit Sharma being among runs, scoring 66 and 25 not out in the Test.

Chris Silverwood, who is the head coach of the visiting England side, has acknowledged that the visitors have been mulling over reaching out to the ICC over the controversial pitch.

“We will be talking about certain things behind the scenes,”

“At the same time, we are disappointed that we are sat here when there should be three days of cricket left. I am sure a few spectators are as well. We’ve spoken to [match referee] Javagal Srinath but not about the pitch. Joe and I have to have a sit-down, have a conversation and see where we go with it,”

England were routed in the Ahmedabad Test which also knocked out of the race for the ICC World Test Championship final to be played against New Zealand at Lord’s in June, with India and Australia left in the race. England had earlier lost the second Test by a huge margin in Chennai on another rank turner, despite doing well on a placid pitch at the MA Chidambaram Stadium in the first Test to take a lead. England now trail in the four-match series 2-1.