Cummins shows confidence in the ‘positive and brave’ Australia unit 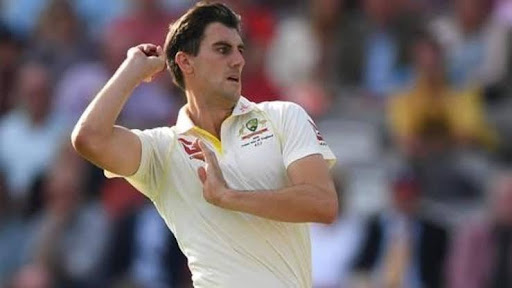 Australia bowled out England for 297 in the second innings, Pat Cummins has hailed a “complete performance” by Australia in Brisbane and Cummins picked seven wickets throughout the match.

Australia won the first test by nine wickets on Saturday, Pat Cummins has hailed a “complete performance” by Australia in Brisbane and it was his first win as Australia’s Test captain.

England skipper Joe Root and Dawid Malan stand a great partnership and both were in a good position but their partnership didn’t go long when Nathan Lyon sent the Malan to the pavilion and provided a great breakthrough to Australia.

“A lot of things did go right, probably from the toss, with the overcast conditions. The wicket had a bit in it, and we turned up on day two and it’s blue skies. So someone was smiling at me.

“Proud of everyone, it was a complete performance, the bowlers did their thing. Then Marnus and Davey’s partnership and the way Travis played. [It was] a sign of a positive, brave side. I was really happy about how everyone stuck to it, we bowled without luck yesterday. We turned up positive today and not thinking about too much other than trying to get that breakthrough.”

“He (Hazlewood) is a little bit sore. He came out today and was able to bowl, got through a really good spell. We just managed him, it’s a five-Test summer and he’s key for us so don’t want to blow him out of the water on day three,”

“Nothing too serious but we didn’t want it to turn into a huge injury. The key is we don’t want to put him in jeopardy for the whole series. We’ll take our time.”

“When we had 20 to get we couldn’t find him! He’s fine, we didn’t want to risk him. I think he’ll be fine for Adelaide.”