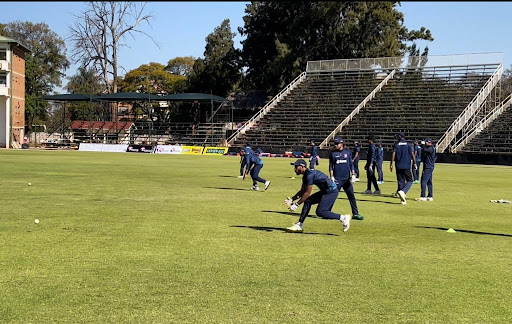 Bangladesh Cricket Board said on Thursday that the team will play two-match T20I series against UAE during their short camp while the two-match T20 series will be played on September 25 and September 27 in Dubai.

Bangladesh Cricket Board said on Thursday that the team will play two-match T20I series against UAE during their short camp.

Cricbuzz had earlier reported that the board was planning to organize a short camp in UAE as the national cricketers couldn’t rehearse because of a drawn-out downpour in Bangladesh.

BCB chief executive Nizamuddin Chowdhury informed that separated from the camp they will also have two T20I against UAE as part of their World Cup preparation. The two-match T20 series will be played on September 25 and September 27 in Dubai.

“We have finalized our preparation camp that was expected to be held abroad. The main thing was that our team preparation was interrupted due to weather conditions and as a result, we planned it that way (preparing outside Bangladesh) and we discussed it with one or two member countries and decided that we will be having a camp in UAE,”

“Bangladesh and UAE will play a two-match T20I series and we are working on it. We are expected to depart on September 22 and return (back home) on 28 and during this time frame we want to have a few practice sessions along with two T20I against UAE,”

Nizamuddin added that they know that conditions will be different in New Zealand and Australia compared to UAE but asserted that they have no other choice as their preparation was disrupted due to rain.

“Dubai is not far and apart from the facilities what we feel is that if we can play two extra matches before going to a major tournament it will certainly help as the preparation will be much better,”

he said adding that he is expecting members of the coaching staff will be available in Dubai.

“We are expecting most of them ( coaching staff members) will be available in Dubai though it is decided all of a sudden and some of them were expected to join us in New Zealand,”

Nizamuddin said that team management will conclude regardless of whether skipper Shakib Al Hasan is required in the camp or not considering he has taken NOC to play in the Caribbean Premier League and is expected to go along with them before the tour of New Zealand.