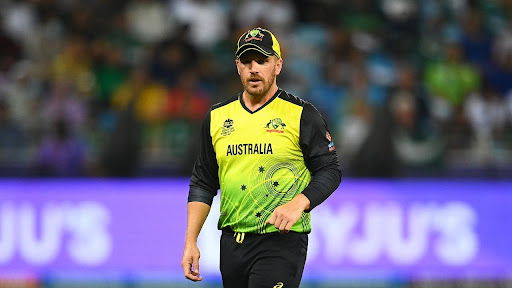 Australian Skipper Aaron Finch said his side’s form isn’t unexpected in the tournament and the team has the squad to go all the way in the mega event, Australia will fight for their first title on Sunday against Black Caps.

Australia Captain Aaron Finch on Saturday said his side reaching the final of the 2021 T20 World Cup has not defied expectations and that the team has the squad to go all the way in the tournament. Australia and New Zealand will face each other for the T20 World Cup title on Sunday at the Dubai International Stadium.

“Yeah, like you said everyone had written us off but we had a lot of confidence within. We were confident in the way we were preparing, in terms of our strategy. Yeah, I think it hasn’t defied expectations, we came here with a clear plan to win the tournament and we still feel we have the squad to do that,”

said Finch while replying to an ANI query during a pre-match press conference.

When ANI asked about Pat Cummins going a bit out of sight in terms of his death bowling skills, Finch said:

“Yeah, I think Pat has been amazing right throughout the tournament. He has bowled some crucial overs in the powerplay and the middle. Like we saw in the last game, the 19th over to go for just three runs was so impressive. Our bowling unit has been impressive all the way through.”

“I think the way Glenn Maxwell and Mitchell Marsh have contributed with Marcus Stoinis who has not had much opportunity with the ball, the way they have shared the fifth bowler responsibility has been fantastic. Pleased with all our bowling attack,”

Mathew Wade and Marcus Stoinis played some watchful innings against Pakistan. Wade hits three consecutively sixes to Shaheen Afridi and seals the match for the Aussies with an over spare.

“We had a good off the day after the game against Pakistan and an optional training session today which most boys turned up to. Cannot wait for tomorrow. It is one title that has eluded us in the past, the fact we are in the final gives us the best opportunity to rectify that. It will be a great game against New Zealand, they are a great side, looking forward to it,”

“I think the spirit amongst the team, we came here, a lot of people had written us off in the start. The way we have gone about things has been impressive, everyone has had a match-defining performance at some stage. We are up and about for tomorrow,”

“Not concerned one bit about his form, he is a world-class player. He is someone who in big games has shown how valuable he is. He has been hitting the ball well, no concerns whatsoever.”