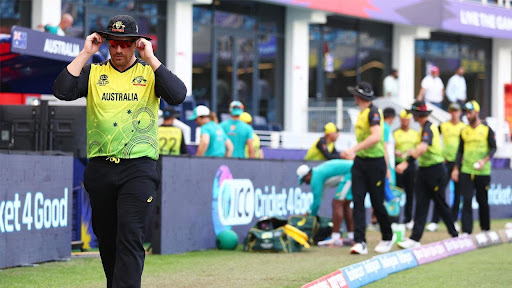 Australia’s Captain Aaron Finch hopes that the toss would not play the main role in winning the title in the final against New Zealand at the Dubai International Stadium on Sunday.

Australian Skipper Aaron Finch feels that toss would not be the main factor for the match-winning. In the whole tournament, toss has been seen playing a huge role in the match-winning. The team who have won the toss wins the match, especially in Dubai. Finch said that if a team batting first puts a big total on the board then can put some pressure on the chasing team and win the match no matter the result of the toss.

Explaining in detail, Finch discussed the toss against Pakistan in the semi-final that he was hoping to bat first and we tried to put some big total on the board but it won’t happen.

“It can be overcome. At some point, to win this tournament you’re going to have to win batting first. I was hoping to lose the toss against Pakistan because I would have loved to put a score on the board in that semi-final.

“It was one of those where you’re probably never going to bat first but you don’t mind if you have to. It’s the same going into the final,”

Finch also revealed how the toss in the IPL became irrelevant who also played in Dubai when the Chennai Super Kings lost the toss but were able to put a huge 192 runs total on the board then went on to win the competition.

“We saw it in the IPL final. Chennai was able to put a big score on the board and squeeze there. It comes down to the day. If you can put a total on the board and make the opposition take risks early in their innings, then that’s what it’s all about,”

“I reckon around the world a lot of teams love chasing in T20 cricket. It does come with its risks, though. If an opposition puts up a big total on the board, it can be difficult to chase it down, regardless of where you’re playing. It’s a Catch 22, but the trend of the tournament has been chasing.”

“Anytime you play New Zealand you know how much of a contest it’s going to be. They’re so disciplined in all three facets of the game. Their fielding is outstanding and they’re a team you have to be on for all 40 overs if you’re going to get over the line. They seem to just hang around for long enough in any kind of contest and wear you down. They fight and scrap in every situation,”

Australia has defeated Pakistan in the semi-final, who was the only undefeated team in the tournament.

Australia and New Zealand will face each other on Sunday and both countries will fight for their first T20 World Cup title. It is confirmed that who wins the final will be the new champions of the T20 World cup.