100 percent crowd allowed for the T20 World Cup final in Dubai on Sunday, says the report 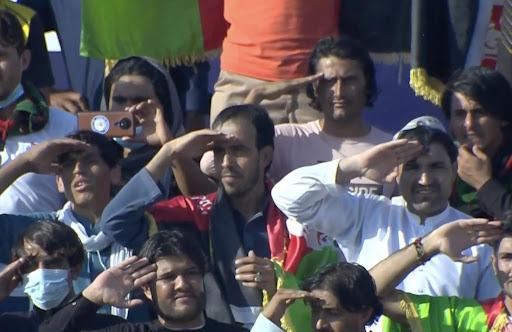 The report said that the BCCI and ECB had taken permission from the UAE management to allow the 100 percent crowd for the T20 World Cup final in Dubai on Sunday.

The report said that 100 percent crowd capacity has been allowed for the T20 World Cup final in Dubai.

The Board of control for cricket in India (BCCI) and the England Cricket Board (ECB) have taken permission from the UAE authorities to allow the fans to see the T20 World Cup final on Sunday with the full house.

Speaking to ANI, sources in the know of development in the BCCI said the Indian board and the ECB had sought permission from the UAE authorities to allow 100 percent attendance for the final and the same has been granted.

“The BCCI and the ECB were keen to have a capacity crowd for the final. Permission for the same has been granted, but all COVID-19 protocols have to be followed. The boards had sought permission from the authorities and the approval has come. The ICC has done a brilliant job in ensuring all protocols are in place and we will all continue to work together to ensure the showpiece event finishes on a high,”

While the event has been organized well but team India couldn’t qualify for the semi-final. They had lost their first two matches, the first one from Pakistan by 10 wickets and the second one from the Kiwis by 8 wickets.

With the end of the team India T20 World Cup campaign, Virat Kohli and Ravi Shastri had also stepped down from their roles. This World Cup was their last assignment for Team India.

Shastri said he is proud to have seen the players perform well throughout his tenure and believes this is one of the best teams in world cricket.

“Very emotional because I’ve been part of this team for seven years. They’re a great side. I’m telling you, I don’t say that too often. It’s one of the great sides to have played cricket at the highest level in the history of the game when you look all around. So let’s not take anything away from that,”

he said on Monday after India’s final group game against Namibia.

“For me to be part of that journey with the boys and for the boys to respond and raise the bar in that fashion leaves you going from the dressing room emotional but a very proud man,”

The former cricketer also said India will continue to have a strong team in the shortest format of the game.

“As far as the T20 team goes, I think we’ll always have a strong team. We might not have won this World Cup, but I think going forward we’ll continue to have a strong team because the IPL throws a lot of young players into the mix. KL Rahul will have his ideas on how to take this team forward, and I see it still being a very good team.”