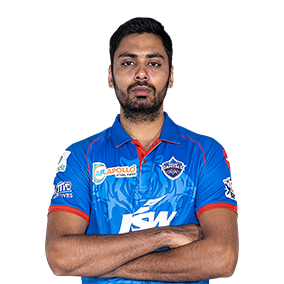 Avesh Khan is one of the emerging young talents who plays first-class Indian cricketer. The right-arm pacer has all the essential skills to become a lethal pace bowler in the upcoming times. He made his first-class debut against Railways on 7-10 December 2014 in Delhi. In the first innings, he picked two wickets.

Due to his amazing performance, he earned a spot in the 2014 under-19 World Cup Team but figured only in a couple of matches in the tournament. Avesh was also a major player in the 2015 under-19 World Cup and became India’s highest taker by taking 12 wickets at an average of 15.08.

At the 2017 Indian Premier League auction, Royal Challengers Bangalore picked him for INR 10 lakhs. After playing for RCB in 2017, Avesh was bought by Delhi Capitals for INR 75 lakhs and retained by the franchise for IPL 2020. He has only played eight games and taken five wickets.

Khan started playing cricket at a very tender age and was guided by his father, Ashique Khan, who used to play the game at the local level. His rise to the top has been steady, but IPL 2020 can be a breakthrough season for him.