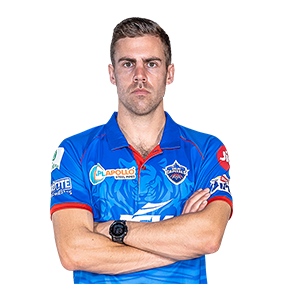 Anrich is a South African pace bowler who bowls right-arm fast. By giving the best performances at the various levels, he earned a spot in the national squad of South Africa for the Cricket World Cup 2019 held in England. Nortje played for Eastern Province in the 2016 AfricanT20 Cup, but after giving an unsatisfactory performance in the first two matches, he was dropped for the rest of the tournament.

For IPL 2020, Delhi Capitals picked up Anrich at the last moment as the replacement for England all-rounder Chris Woakes. He made his ODI debut by playing for South Africa against India on 18 September 2019. He bowled three over and conceded 27 runs without taking any wicket.

Nortje was born on 16 November 1993 in Cape Town, South Africa. He has been described as ‘extremely exciting’ by Dale Steyn.