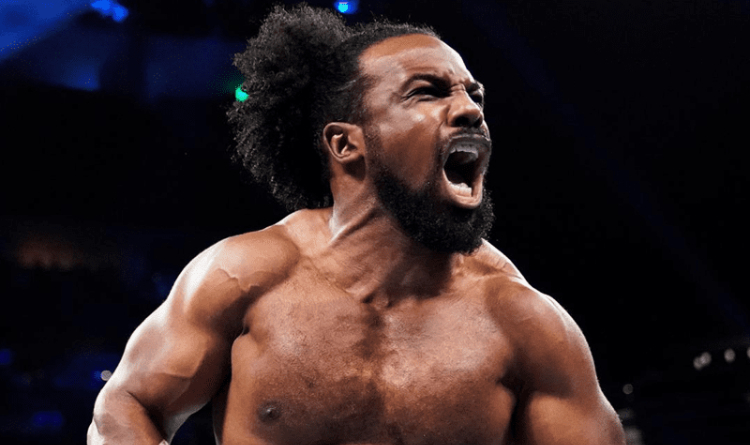 Styles wasted no time and knocked Xavier down with a dropkick. Woods fought back with a clothesline and landed an uppercut after his rival had got back to his feet. Xavier pressed forward, knocked AJ out of the ring and hit him with a somersault senton. However, Styles answered with an ushigoroshi followed by a fireman’s carry neckbreaker and was close to finishing his opponent.

Xavier counterattacked with a tornado DDT and pinned Styles down for a 2 count. At that moment, AJ’s tag team partner Omos went berserk. He grabbed Woods’ leg and crushed him in the corner. Afterwards, the giant went after Xavier’s ally Kofi Kingston. Omos got his hands on Kofi and tossed him over the barricade. However, Styles was disqualified due to Omos’ interference and lost the contest. 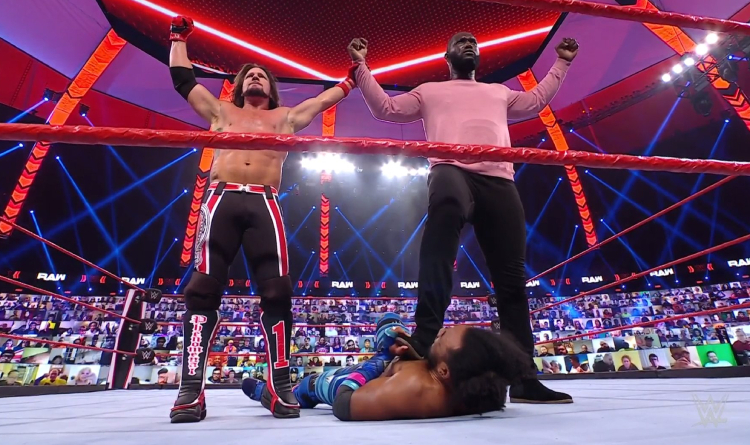 Kingston and Woods are to defend the Raw Tag Team titles against AJ Styles and Omos at WrestleMania 37 on April 10. The colossus definitely made a huge statement with his vicious onslaughts in the run up to The Grandest Stage of Them All. Given his power, Omos has a great chance to beat both members of The New Day in solo. Consequently, Kingston and Woods have to improvise a strategy to nullify Omos’ offensive skills.