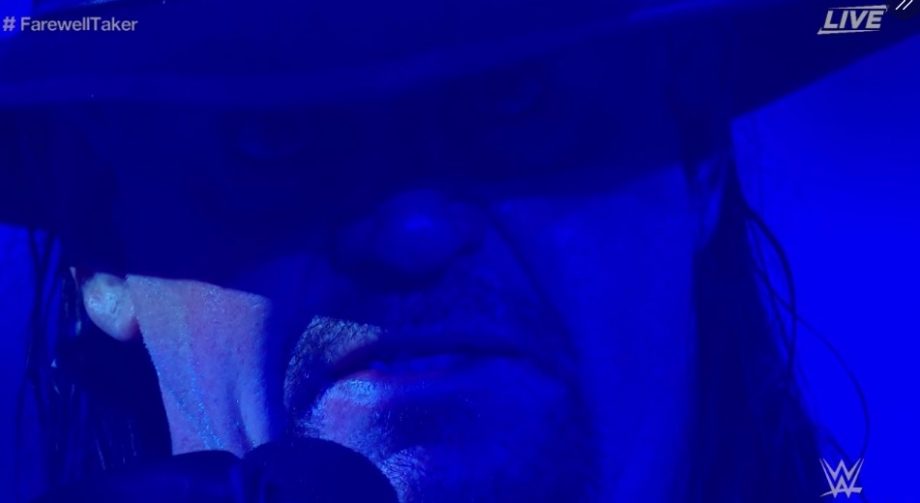 WWE fans from India have now taken the trip down memory lane with the match between The Undertaker and WWE boss Vince McMahon. This match qualified as an “Instant Classic”. This duel is from Survivor Series 2003 and marked The Undertaker’s 13th anniversary in the WWE.

Now, taking to social media, WWE fans in India have expressed appreciation to this encounter – A Buried Alive match – that marked the end of The Undertaker’s “American Badass” persona. A major highlight of this match is Kane interfering and burying Taker alive thereby helping McMahon win the match.

“He truly is a legend of the sport, a true phenom, finally the dead man will rest in peace..u will be missed,”

stated an Undertaker fan from India.

“U hv given us everything u could..now it’s our turn to give you the love and respect u deserve..I m 1 of ur crazy fans from India..I love u taker..THE SPIRIT OF THE UNDERTAKER LIVES IN THE SOUL OF ALL MANKIND”..just 1 of my crazy dreams to MEET U IN REAL..hope it comes true,”

added yet another fan from India.

It is after this Buried Alive match that The Undertaker reverted to his Deadman character and faced off against Kane at Wrestlemania XX to emerge victorious. This Deadman personality of The Undertaker grabbed even more eyeballs till his retirement during this year’s Survivor Series.

Hence, this match from Survivor Series 2003 is the foundation stone for the greatest ever personality in modern-day wrestling. This match also marked McMahon’s domination as the “boss” of WWE and cemented his heel status even further – post his intense encounters with Stone Cold Steve Austin.

This classic Buried Alive match was also telecast for Indian viewers on Sony Ten 1 and TEN 3 channels respectively. Hence, the wrestling legacy of The Undertaker in India continues.

In related news, The Undertaker who retired from active WWE in-ring competition received rich tributes from even Bollywood actors in India. This tribute league was joined by the likes of Abhishek Bachchan and Varun Dhawan who took the trip down memory lane and paid rich tributes to the once-in-a-lifetime wrestling character that continues to attract enthusiasts in India today. The Undertaker a.k.a Phenom is the most known WWE face in India, with the likes of superstars such as former champions Jinder Mahal and The Great Khali; the latter even holds a victory over The Undertaker in WWE.