Throwback image of The Brothers of Destruction is winning the internet 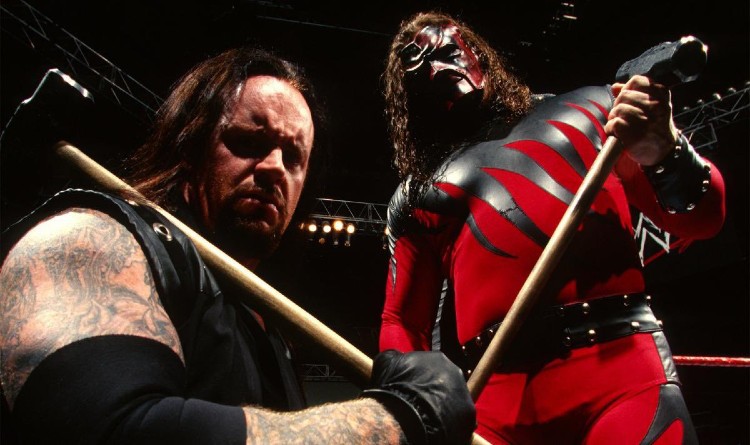 An old image featuring The Undertaker and Kane from the WWE Attitude Era is now taking the internet and social media by storm. This image was shared by The Phenom via his official Twitter handle. The USP of this image, from a fans’ perspective, is that it showcases the tremendous potential of both superstars through their “deadly” personas.

The image is relevant even today as both superstars collectively called The Brothers of Destruction have been a face tag team throughout and still arouse interest in fans.

Check out this image, of The Brothers of Destruction, below:

The Brothers of Destruction, though a deadly tag team and despite having taken out some popular names in the WWE, somehow did not reach their full tag-team potential during their active run and teaming up. The last match they collaborated in involved a sad outing against Triple H and Shawn Micheals (D Generation X – DX) where all four superstars were booed by fans almost throughout the match. This had got to do a lot with their rusty in-ring skills as both The Phenom and Kane (along with DX) were competing in an active match after a long hiatus.

Nonetheless, The Brothers of Destruction as a team are even today over with fans; and we think that they should have also been amongst the tag team greats such as Edge – Christian, Dudley Boyz, Hardy Boyz, The Wyatt Family, and DX themselves. Both The Undertaker and Kane – well on their last legs now as active wrestlers, have revolutionized wrestling in America to a great extent as singles competitors.