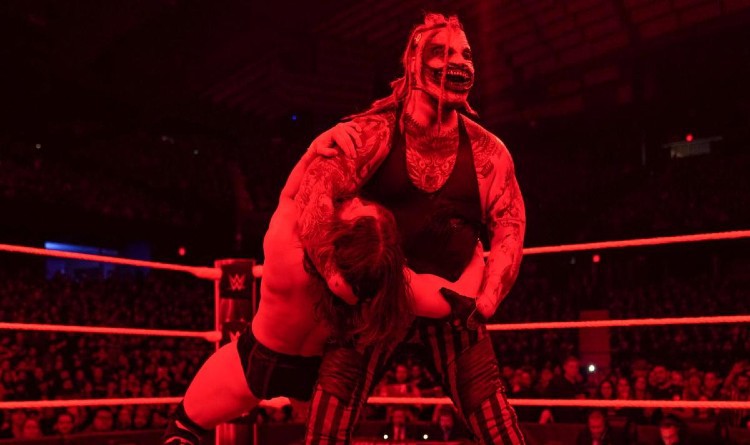 The Fiend Bray Wyatt has a seizable fan following in India, and going by the turn of events that occured on RAW this Monday Night, Indian fans of the monster have lots to cheer about. The Fiend returned to taunt an old friend-turned foe much to the delight of his fans in India.

On Monday Night RAW, The Fiend taunted Randy Orton who was facing-off against AJ Styles to qualify for a triple-threat match next week to determine the number 1 contender to Drew McIntyre’s WWE Championship. Orton lost the match due to The Fiend’s interference.

Earlier on, Wyatt in his normal self appeared on a Firefly Funhouse segment along with Alexa Bliss to send cryptic messages to Orton about friendships and betrayal. Later on, during Orton’s bout, The Fiend appeared and cost Orton his match against Styles. This has now set up a stage for a Wyatt versus Orton clash after three years and this is a delight to Indian WWE fans considering both Wyatt and Orton’s popularity in the country.

Hence, an Orton vs The Fiend clash is all but cemented to keep the former busy at least till the Royal Rumble where Edge could show up to settle scores with Orton and set up a grand feud for Wrestlemania 37.

The Fiend currently needs major victories and wrestle frequently. His fans in India expect him to do so and even win the WWE championship from McIntyre or whoever is the champion at next year’s Wrestlemania. In related news, The Fiend also paid rich tributes to The Undertaker who announced his retirement at WWE Survivor Series this Sunday. Wyatt has wrestled The Undertaker at Wrestlemania 31 in a losing effort but with rich efforts.Therefore, The Fiend needs pushing now, atleast to prevent Indian fans from logging off from the WWE Network.