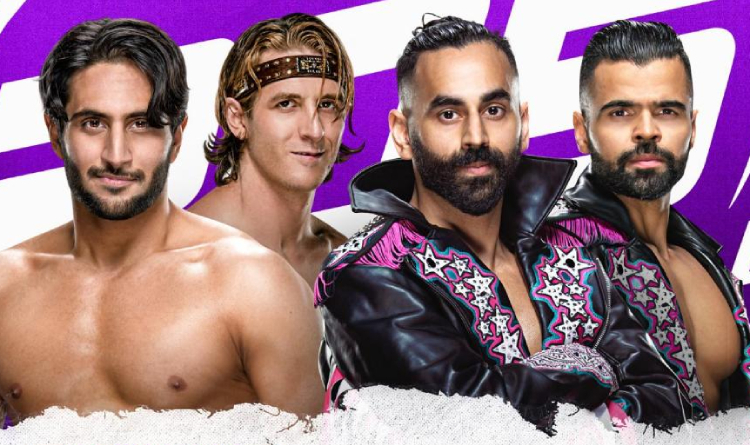 Tag team The Bollywood Boyz, composed of brothers Sunil and Samir Singh, lost to Mansoor and Curt Stallion at WWE 205 Live on March 12.

Mansoor took on Stallion at WWE 205 Live last week. The athletes exchanged heavy shots and wrestling moves; however, Mansoor took the lead eventually. He caught Curt in a neckbreaker and pinned him down. Following the contest, the sportsmen decided to join forces against The Bollywood Boyz, despite the tension developing between them.

Before the showdown at WWE 205 Live, Mansoor claimed that he would tag his ally in only in case of emergency. As promised, Mansoor and Samir opened the contest. Mansoor caught his rival in a headlock, and he had no other choice but to tag his brother in. Sunil twisted Mansoor’s arm and took him down to the canvas. However, Mansoor answered with a huge double dropkick.

Mansoor absorbed hard blows and was obviously close to losing the match, but he refused to tag his partner in. Sunil and Samir attempted a high-risk double-team spot to finish their opponent. Nevertheless, the brothers accidentally crashed into each other. Mansoor hit them with suplexes and performed a devastating neckbreaker. At that moment, Stallion tagged himself in, landed a headbutt at Sunil and stole a victory from his teammate.

Mansoor was definitely displeased with Curt’s actions, but he extended his winning streak to 42 matches, while Sunil and Samir dropped the eighth clash in a row. The brothers won only 1 contest after returning to The Bollywood Boyz team name in October last year.