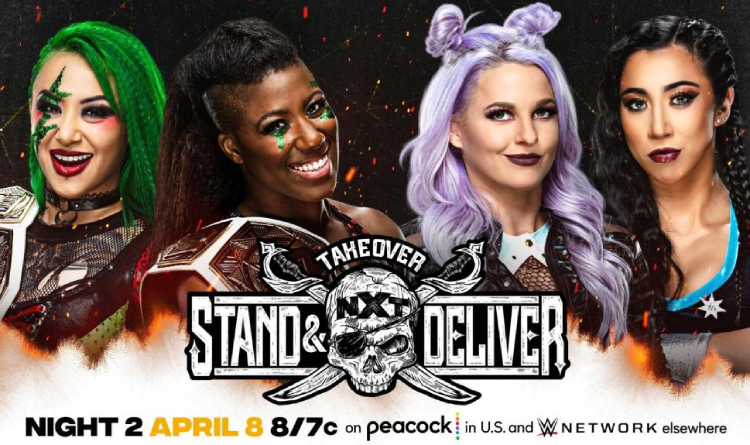 The Way took on Zayda Ramier and Gigi Dolin at WWE NXT on March 31. Indi opened the contest against Dolin. Gigi caught her rival in a cravate followed by a snapmare. Hartwell slammed Dolin, but Gigi grabbed the ropes to break the pin. Candice and Ramier joined the battle. Zayda landed a huge spin kick to Hartwell’s head and pinned her down for a 2 count. Indi fought back with a spinebuster and tagged her ally in. Candice hit Ramier with a Wicked Stepsister, and Hartwell finished her with an elbow strike.

Following the victory, The Way challenged Blackheart and Ember Moon for the belts. The champions accepted the challenge, and WWE booked the clash for NXT TakeOver: Stand & Deliver.

LeRae & Hartwell faced Blackheart & Moon in a Dusty Rhodes Tag Team Classic semifinal in February. Shotzi and Ember won by pinfall but failed to beat Dakota Kai and Raquel Gonzalez in the final match. Thus, the Way are definitely eager to take revenge.

Night 2 of NXT TakeOver: Stand & Deliver features 3 more title clashes. Johnny Gargano is set to defend the North American belt against an unknown opponent. Cruiserweight champions Jordan Devlin and Santos Escobar will fight in a unification ladder match. The wrestling event is to be headlined by a contest between Finn Bálor and Karrion Kross for the NXT crown.