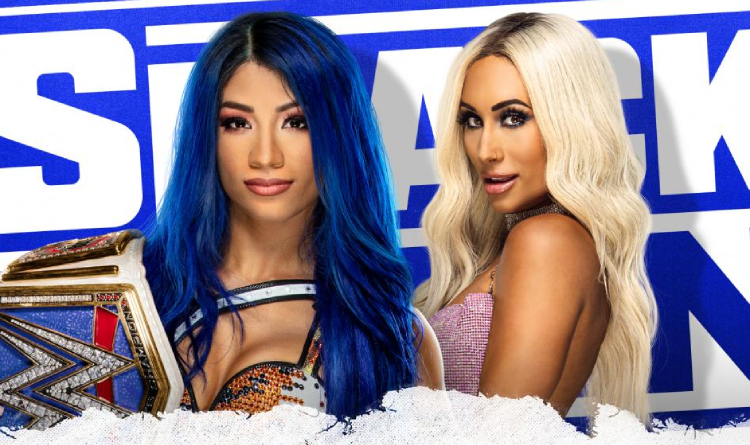 SmackDown champion Sasha Banks is going to defend her title against Carmella at Royal Rumble scheduled on January 31.

Banks has agreed to give Carmella a title shot in case she faces her bodyguard Reginald first. The ladies shook hands, and Sasha took on Carmella’s assistant on SmackDown on January 22. Reginald showed outstanding acrobatic skills, evading most of the champion’s attacks. However, Sasha eventually caught him into an arm drag and won by submission.

After the bout, Banks knocked a glass of champagne out of Carmella’s hand and challenged her. Sasha is confident in her victory and believes her rival will never earn the belt.

Sasha won the SmackDown gold in October 2020 in a Hell in a Cell match against Bayley. Carmella was eager to dethrone the queen and signed a contract for a title showdown. The athletes met in the ring at the TLC: Tables, Ladders & Chairs on December 20. Banks submitted Carmella and successfully defended the belt.

Carmella began her wrestling career in 2014 in WWE NXT. In 2018, she beat Charlotte Flair and won the SmackDown Women’s Championship. She lost the title to Flair after holding it for 131 days. Last year, Carmella united forces with Dana Brooke to compete in the Tag Team Championship; nevertheless, their tandem failed to claim the belts in a contest against Alexa Bliss and Nikki Cross.