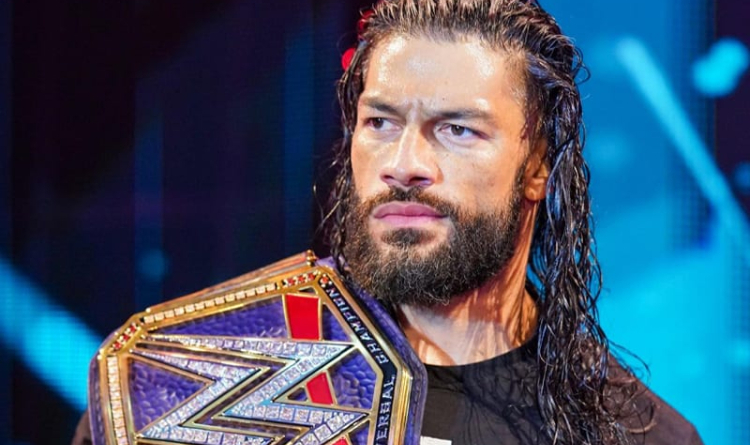 Reigns with the Universal belt

Universal champion Roman Reigns will defend his title against the winner of the SmackDown Elimination Chamber Match scheduled on February 21.

Owens, Bryan, Cesaro, Uso, Zayn and King Corbin to fight inside the cage

King Corbin, Zayn, Uso, Cesaro, Owens and Bryan are set to battle inside a steel cage at the WWE Chamber. According to the rules, a contestant can be eliminated by pinfall or submission and has to leave the ring. The last wrestler to stay inside the cage wins the fight. The victor will get a title shot against Reigns right away.

The outcome of the SmackDown Elimination Chamber Match is believed to make a long-term impact on the future of WWE. Edge, who scored a stunning victory at Royal Rumble in January, announced that he would decide which champion to face at WrestleMania after the Elimination Chamber contest.

He can choose between Reigns and WWE title-holder Drew McIntyre. However, in case Roman fails to retain the belt, a new king will take his place. Therefore, the matchup of the WrestleMania main event might depend on the result of the Elimination Chamber contest.