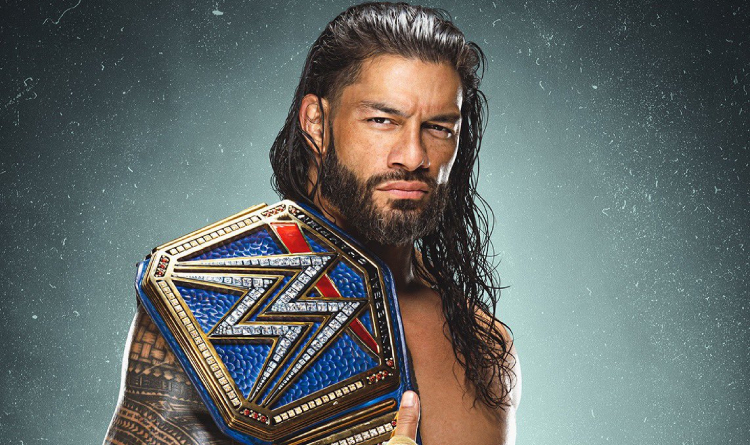 Reigns with the WWE Universal belt

WWE Universal champion Roman Reigns defended his gold in a Triple Threat match against Edge and Daniel Bryan in the WrestleMania 37 main event on April 11.

Reigns pinned both contenders on The Grandest Stage of them All

Roman opened up against Bryan, but Edge attacked him from behind. However, the champion tossed Daniel over the ropes and dropped Edge to the canvas. Bryan came back to the ring to exchange forearms with Edge, took him down with a drop-toe-hold and went for a frankensteiner. The Ultimate Opportunist answered with a roll-up followed by the Edge-O-Matic for a 2 count.

Reigns joined the battle and punched Edge. Daniel knocked Edge down with a dropkick, but Roman hit him with an overhead belly-to-belly suplex. Afterwards, Reigns and Edge started brawling in the ring. Daniel climbed to the top rope to dive on Edge, then kicked both rivals and caught Reigns in the YES Lock. However, Edge broke the grip, and Bryan tried to submit him. Roman recovered and beat Daniel up.

Edge brought a pair of chairs and used one to choke Roman. But Daniel intervened to save the champion. Edge grabbed a chair and hit both opponents with it. At that moment, Jey Uso stepped in the ring and attacked Edge. Reigns got back to his feet, speared Edge, threw him on top of Bryan and pinned both wrestlers down at once.

Roman retained the WWE Universal title by eliminating 2 top challengers in a grueling clash. He won the belt in August 2020 and defended it 9 times. Reigns is the second longest-reigning WWE Universal champion – he has been holding the crown for 223 days.