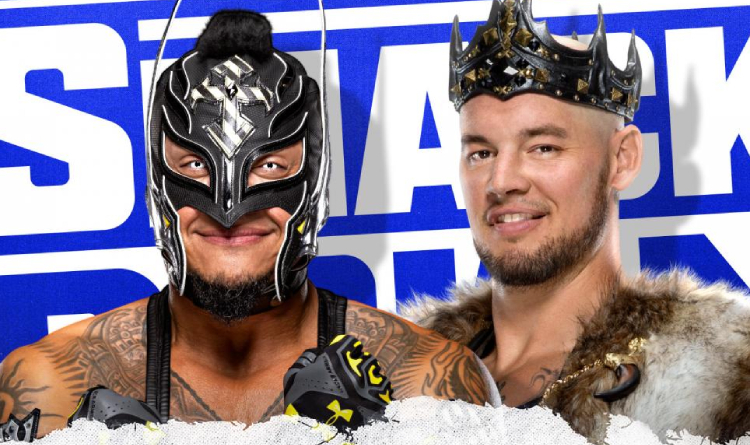 American WWE contestants Rey Mysterio and King Corbin are to fight at SmackDown on January 15. Fox will broadcast the contest live at 8 PM ET.

According to WWE, Mysterio will try to take a revenge in a rematch against Corbin at SmackDown. The wrestlers met in the ring for the first time in 2018. King beat Rey in the 50-man Royal Rumble match, but Corbin failed to win the contest and was eliminated by Finn Bálor. Nevertheless, Rey held a grudge against King and was seeking vengeance.

Universal champion Roman Reigns is set to strike a deal for a title defence against Adam Pearce. The contest has been booked for Royal Rumble scheduled on January 31. Pearce became the main challenger after his victory over Shinsuke Nakamura in the Gauntlet Match. Reigns retained the belt for the last time at TLC: Tables, Ladders & Chairs on December 20 in a contest against Kevin Owens.

SmackDown will also feature a showdown between Shinsuke Nakamura and Jey Uso. At the previous event, Shinsuke defeated Rey Mysterio, King Corbin and Daniel Bryan in the Gauntlet Match. But Nakamura fell prey to Pearce due to Uso’s interference. Therefore, the Japanese got a score to settle with Jey. Uso has won the SmackDown Tag Team Championship 4 times; however, he has yet to earn regalia in solo.