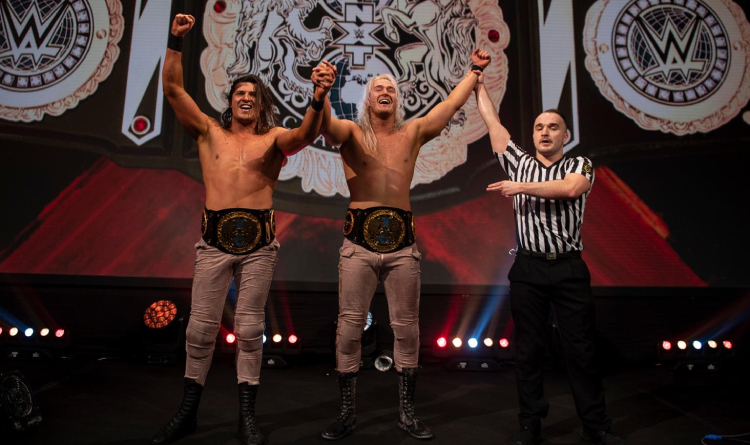 Pretty Deadly showed outstanding teamwork skills. They used quick tags to gain control at the beginning of the fight. Sam threw Wolfgang out of the ring and attacked Coffey. But Wolfgang came back to the battlefield, hit Lewis and tagged Mark. Gallus were about to pin Howley down; however, Stoker saved his partner and took Wolfgang out of the match. Then Pretty Deadly cornered Coffey, finished him with Spilled Milk and scored victory.

Gallus won the belts in 2019 by defeating Flash Morgan Webster and Mark Andrews. They set a record for the longest reign, which lasted 497 days. Wolfgang and Coffey clearly dominated in the tag team division and beat such dangerous contenders, as Fabian Aichner, Marcel Barthel, Primate and Wild Boar.

Howley and Stoker got a title shot by winning a Four-Way Elimination Tag Team Match against Webster & Andrews, Primate & Wild Boar and Ashton Smith & Oliver Carter on January 28. Pretty Deadly eliminated Andrews & Webster in a grueling clash and turned out to be the last men standing in the ring. WWE has yet to announce Pretty Deadly’s next opponents. However, they will likely defend the belts against The Hunt or Grizzled Young Veterans.