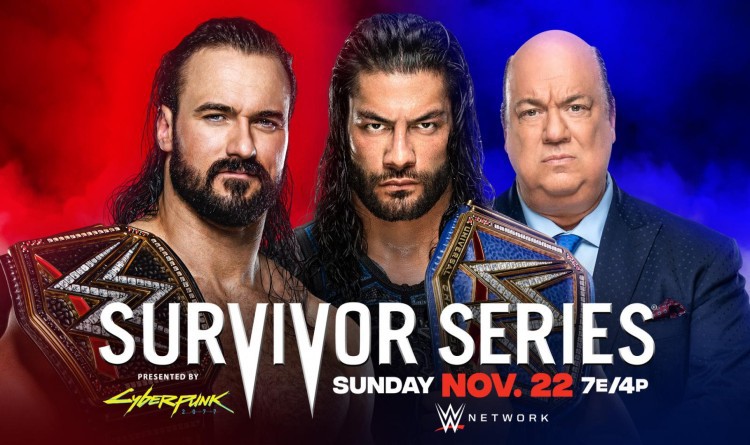 Now that WWE has got a new champion with Drew McIntyre, Universal champion Roman Reigns is all set to battle the Scottish superstar at Survivor Series on 22 November. In this regard, Parimatch News predicts who the likely winner could be in this contest that would determine the primary and secondary champions theoretically.

Prediction: Drew McIntyre could edge Roman Reigns – Here, we predict former champion Randy Orton interfering in some form. Even with this, it could be McIntyre who could pick up the win even if it means taking hits and bumps from Orton to earn a disqualification win.

It is unlikely that WWE would give Reigns the victory in the Survivor Series clash of the men’s championship match. Reigns is now a heel, and McIntyre – the babyface. Since WWE took the belt from Orton to let McIntyre (a truly over babyface) go to Survivor Series, it only makes sense if McIntyre goes all the way to pick up victory. He should look dominant over Reigns. In case Orton interferes and causes a disqualification, McIntyre should look strong enough to get loud cheers.

Reigns has already main-evented Wrestlemania at least five teams; now, Survivor Series should witness McIntyre’s dominance.The era of McIntyre should officially progress to the next step from Sunday’s Survivor Series match. In summary, our prediction is McIntyre besting Reigns to pick up the babyface victory and head to next week’s RAW as the dominant champion and probably the next “face” of WWE.