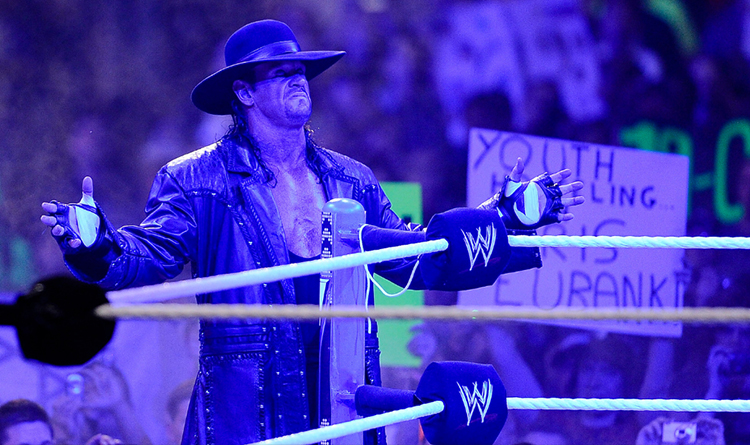 If you are a WWE loyalist in India, idolizing The Undertaker, then you could watch for free the “Phenom 30 years of the Undertaker” special tribute film on 15 November, as this lets you get a sneak-peek into some untold moments of the wrestler’s career. The film premieres on Sony Ten English, and Sony Ten 3 Hindi in India from 8 PM IST.

The “Phenom 30 years of the Undertaker” show also offers exclusive Undertaker content custom-made for viewers in India. At this juncture, it is worth remembering that The Undertaker also known as The Phenom announced his retirement from active wrestling and WWE events earlier in the year after Wrestlemania 36 post his boneyard match victory over AJ Styles. The Undertaker, real name Mark William Callaway, had been active in WWE for 30 straight years and his most famed accomplishment includes his 23-2 win-loss record at Wrestlemania events.

Now, the new show on The Undertaker includes moments such as the viewer’s reactions when he lost to Brock Lesnar at Wrestlemania 30; this moment has been rated as “most emotional” by wrestling critics across the world. The emotions of fans are also beautifully focussed on in the show as is evident from the trailer of the “Phenom 30 years of The Undertaker”.

In summary, The Undertaker has been a special character and superstar in the WWE; and it is likely that The Phenom could wrestle more than once in Wrestlemania in at least exhibition/showcase matches. The Undertaker’s hall of fame career in the WWE is also yet another potential concept for a documentary/film, isn’t it?