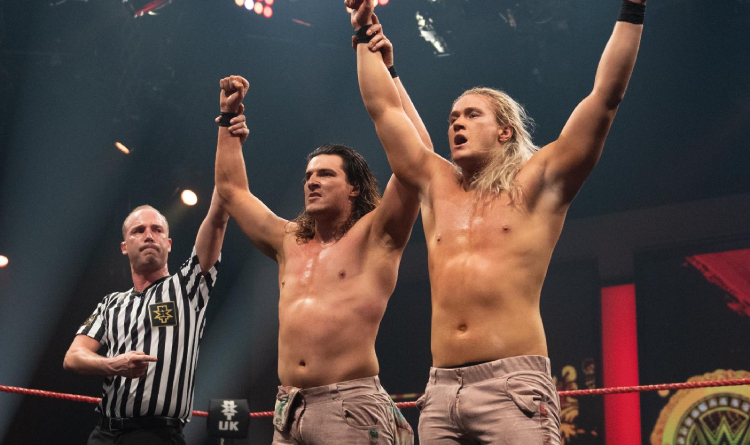 Jordan is done teaming with Williams

Amir joined forces with Kenny in 2018 to compete in the NXT UK Tag Team division. The duo got the first title shot following a contest against Flash Morgan Webster and Mark Andrews on March 11 this year. During the clash, Williams struck Webster to the groin and secured victory by pinfall. Amir was infuriated with his partner using illegal shots and demanded he fought fairly. However, Kenny failed to agree with his ally claiming that “a win is a win”.

Despite creative differences, Amir and Kenny took on Pretty Deadly on Thursday. Jordan opened the clash against Howley, but Lewis quickly tagged his teammate in. The duo beat Amir up in the ring; however, he managed to score a hot tag. After Kenny had joined the battle, he hit Stoker with a huge bulldog followed by hurricanrana and was close to finishing his rival, but Howley was on time to save his partner. Pretty Deadly answered with Crossing Swords for a near fall. Nevertheless, Amir and Kenny fought back with a combination of a senton and a spinning DDT.

Lewis accidentally bumped into the referee and knocked him out. The judge dropped Pretty Deadly’s titles to the ground, and Williams picked one up. Kenny gave the belt to Amir, but he refused to take it stating that they could win without cheating. Williams went berserk and hit his ally with the belt. At that moment, Pretty Deadly landed Spilt Milk on Jordan for the triumph.