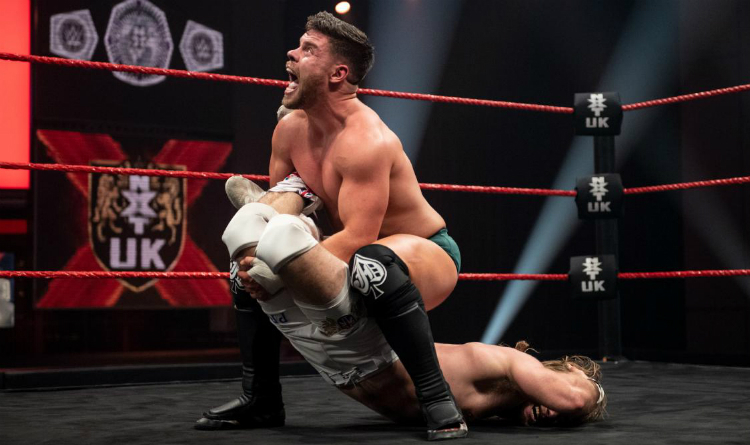 Carter performed a takedown at the beginning of the bout, but the Irish veteran got back to his feet. Ben frustrated him with a big dropkick, which sent the champion outside the ring and definitely shook him. However, Jordan quickly recovered and got the situation under control. Devlin slammed the contender and then made a spinning suplex. When Carter missed with a Phoenix Splash, Devlin caught him in a Cloverleaf and finished the action with a renowned Devlin Side. Jordan retained the belt, becoming the longest reigning NXT cruiserweight champion in the UK.

NXT UK also featured a bout between Jinny and Piper Niven. Jinny opened up with ferocious attacks; nevertheless, Piper withstood pressure and was about to turn the bout in her favor. She was trying to set up the Piper Driver, but Joseph Conners grabbed Niven’s feet and ruined her submission attempt. As a result, The Fashionista rolled through into a pinfall and won the showdown. Jinny has become the main title contender and is supposed to face the reigning queen Kay Lee Ray.

Heavyweights Dave Mastiff and Saxon Huxley staged a spectacular battle. Huxley brought the fight to the mat and landed several huge shots on the ground. But Mastiff got back to his feet, slammed Saxon and beat him up heavily. Huxley defended an arm bar attempt and tried to fight back. However, Mastiff finished his rival with a corner cannonball senton.