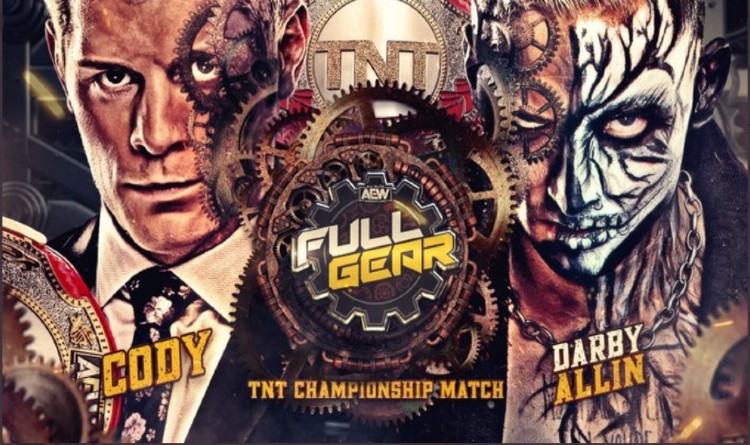 Cody Rhodes, who lost the TNT championship to Darby Allin at the Full Gear pay-per-view, has now thanked the fans for their cheers and support during his time as the champion. He also acknowledged Allin’s rise to main-event stature from that of being a rookie not too long ago.

Tweeting his emotions, Cody thanked the AEW Universe, and said that Allin was now a star in the promotion. Check out his tweet below:

This tweet got netizens talking. Most of them expressed appreciation towards Cody (who wrestled as Cody Rhodes for the first time in AEW) for acknowledging genuine talent rather than mere star power.

“Cody Rhodes is changing the business. The apple didn’t fall far from the tree. You are a big part of what brought me back to professional wrestling after giving up on it years ago,”

“There are very few who pass the torch selflessly as you do! Thanks for making it such a special moment, and know that even with through this pandemic, AEW continues to deliver BIG! The nightmare continues the next time he goes to sleep!!!”

added Ed The Finder – another fan.

Hence, Cody’s acknowledgement is considered as a proverbial passion of the torch. This is also considering the fact that Cody serves as the Executive Vice President at AEW. Allin – who is known for his offbeat wrestling persona is now seemingly on his way towards main event stardom in AEW (and outside as well, after he is done with the promotion).

Finally, with the fans having enjoyed watching Cody and Allin’s match, it only makes sense to state that AEW World Champion Jon Moxley continues to be champion after he defeated Eddie Kongston in a gruelling “I Quit” match at Full Gear. With this victory, Moxley’s reign is nearing Chris Jericho’s 182-day title reign.