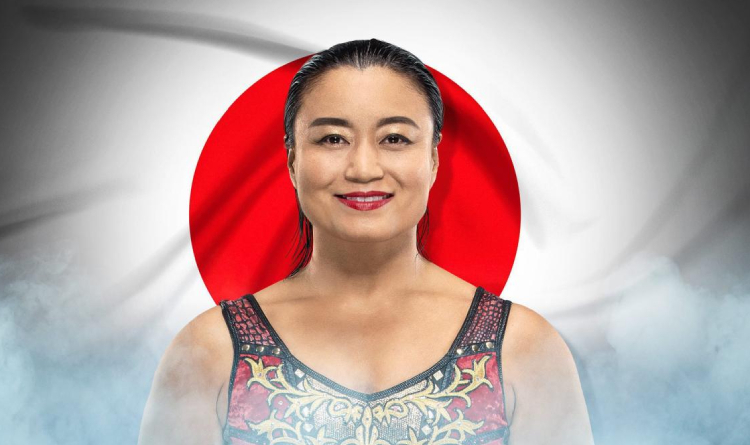 Legendary Japanese wrestler Meiko Satomura has eventually struck a deal with WWE. She will compete in NXT UK tournaments.

WWE hinted at an upcoming superfight between Satomura and Kay Lee Ray. Kay earned the NXT UK title in July 2019 and defended the belt multiple times. She is not only the first British to win the gold, but also the longest reigning champion in NXT UK history. Ray has cleaned out the women’s division by defeating all title challengers. However, Meiko will definitely be a worthy opponent for the queen.

Satomura started her professional wrestling career in 1995 and amassed a record of 27-17-1. In 1996-2005, she won the AAAW Singles Championship twice and conquered an AAAW Tag Team crown. Satomura along with Kaoru and Tomoko Kuzumi came first in the Splash J & Running G competition in 2009. The Japanese participated in the Mae Young Classic contest held by WWE in 2018. She reached the semifinals but failed to beat Toni Storm.

Given Meiko’s experience in tag team competitions, she might join forces with a WWE NXT wrestler to take part in the next season of The Dusty Rhodes Tag Team Classic. WWE Hall of Famer Triple H believes Satomura’s transition to NXT UK will lead to big changes. He praised Meiko’s achievements in wrestling and called her one of the greatest female athletes.