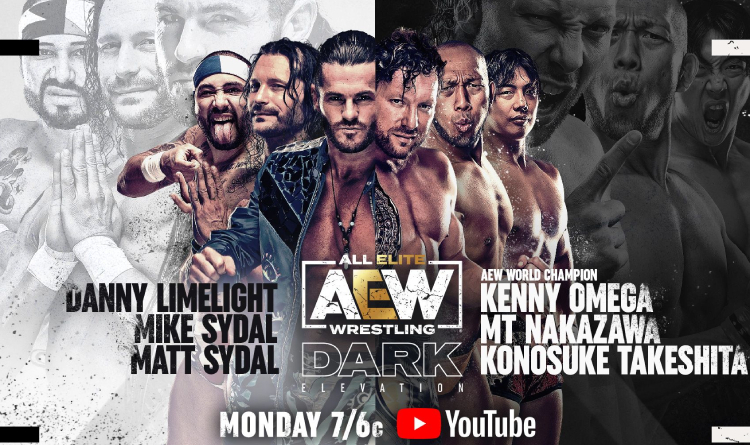 Limelight and Sydal brothers to take on Omega, Nakazawa and Takeshita

Omega will join forces with Michael Nakazawa and Konosuke Takeshita against Matt, Mike Sydal and Danny Limelight. Initially, Kenny wanted to face Sydal brothers to defeat his old foe Matt. He even announced that he would be teaming up with Nakazawa to face Matt and Mike. Nevertheless, AEW president Tony Khan failed to approve of the clash. Instead, the promotion decided to hold a 6-man tag team bout.

A tag team match between Mane Event (Midas Black and Jay Lyon) and Jurassic Express (Jungle Boy and Luchasaurus) has also been booked for the AEW Dark: Elevation. Lyon and Black made their AEW debut on April 12. They took on FTR, composed of Cash Wheeler and Dax Harwood. The contest was close, but FTR eventually executed The Goodnight Express to secure victory. Despite the loss, Midas and Jay got tough opponents. Jungle Boy and Luchasaurus currently take second place in the tag team rankings and are riding on a 6-fight winning streak in the 2021 Season.

AEW Dark: Elevation is scheduled to be aired live on AEW YouTube channel. The fight card includes 13 bouts and will be opened by a clash between Austin Gunn and Aaron Solow.