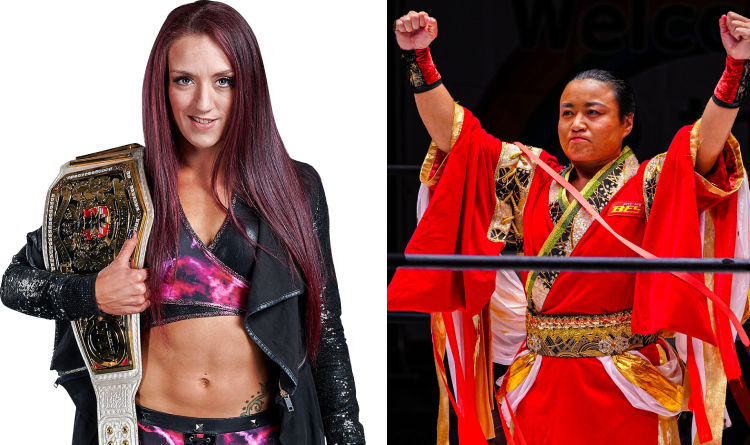 Meiko Satomura shows no respect to the queen

During a press conference, Satomura claimed that KLR had no right to call herself a champion before facing her in the ring. However, Kay was not intimidated by this assertion. Ray said that she was looking forward to taking on the best athlete in the world and eventually got what she wanted. KLR was confident in her victory and declared herself “the NXT UK forever champion”.

The Scottish’ bold statements are well founded. KLR won the belt in August 2019 by beating Toni Storm. She has already set a record for the longest reign in the NXT UK women’s division – 537 days. Storm, who is ranked second, has been holding the title for 231 days. Moreover, Kay has retained the gold in multiple clashes and defeated all worthy challengers.

Nevertheless, Satomura is as tough as they come. Meiko began her professional wrestling career in 1995 and amassed a record of 29-1-19. She won several titles in Japanese promotions and signed with WWE in 2020. Satomura made her NXT UK debut on February 11 this year. She took on Isla Dawn and finished her with the Scorpio Rising, scoring the first victory in the UK.

KLR was closely watching Meiko’s fight against Dawn to find out her strengths and weaknesses. After the clash, Satomura called the champion out and started training for an upcoming title shot. If the Japanese succeeds in dethroning the British queen, it will be one of the greatest upsets in NXT UK history.