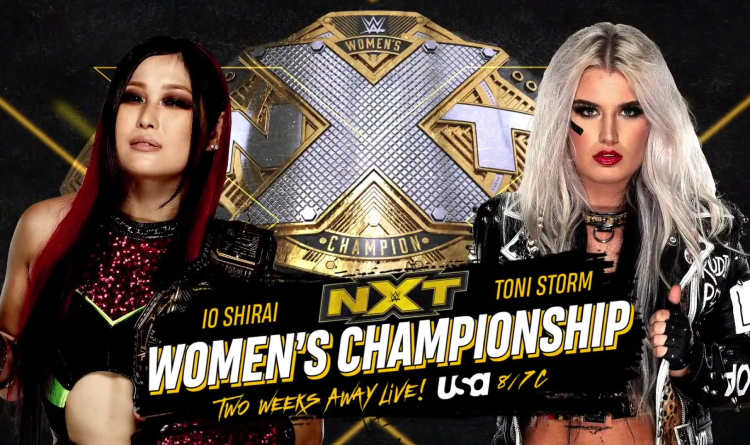 Shirai to take on Storm

Shirai took on young prospect Zoey Stark in a non-title bout at WWE NXT on February 24. At the beginning of the contest, Zoey caught the queen in a waist lock, but Io managed to break the grip, landed several elbows and was close to finish her rival with an Octopus Stretch. However, Zoey defended the attack and took a dropkick right away, crashing to the ground.

After the break, Stark dominated in the ring. She delivered some heavy strikes and scored a pinfall, but the champion got back to her feet on count 2 and dropped once again after taking a Half & Half Suplex. Io counterattacked with a hurricanrana and nailed her opponent down with a moonsault, securing a victory by pinfall.

Following the showdown, WWE announced an upcoming title bout between Shirai and Toni Storm. The clash is scheduled on March 10. Io won the WWE NXT belt in May 2020 by beating Charlotte Flair. The Japanese retained the gold in a triple threat match against Flair and Ripley. Then she defeated title contenders Tegan Nox, Dakota Kai and Candice LeRae.

Storm and Mercedes Martinez challenged Shirai in a triple threat contest at NXT TakeOver: Vengeance Day on February 14. Toni took over in a grueling clash and was about to eliminate Martinez, when Io intervened, landed a moonsault on both ladies and scored an impressive victory. In case Storm defeats Shirai in a single match, she will end Io’s 262-day reign and capture the WWE NXT belt for the second time in her wrestling career.