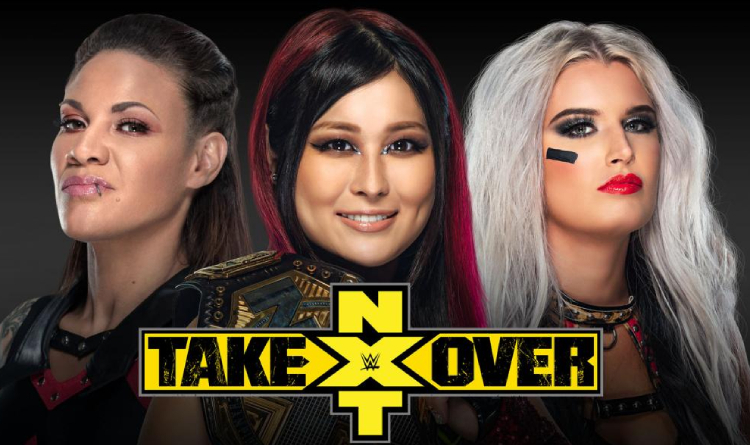 Shirai, Storm and Martinez to fight in a triple threat match

Japanese NXT champion Io Shirai will defend her title in a triple threat match at NXT: TakeOver scheduled on February 14.

Toni Storm and Mercedes Martinez will challenge the queen

Shirai won the belt in March 2020 by defeating Charlotte Flair. She retained the gold for the first time in a triple threat match against Flair and Ripley. Afterwards, she eliminated title contenders Tegan Nox, Dakota Kai and Candice LeRae and left without a worthy opponent. WWE decided to put her to a difficult test. The champion will face Toni Storm and Mercedes Martinez in the ring.

A triple threat match is a non-elimination contest, which means that wrestlers fight in the ring until one of them scores a submission or a pinfall. Unlike singles clashes, triple threat showdowns exclude count-outs and disqualifications; therefore, the ladies will brawl before somebody falls.

Storm, a former NXT UK champion, transitioned to NXT last year and aimed at dethroning Shirai. She is currently riding on a 3-fight winning streak in individual competitions. Moreover, Toni won NXT TakeOver: WarGames as a part of Candice LeRae’s team. However, her alliance with Mercedes Martinez suffered a defeat in Dusty Classic and failed to qualify for the semifinals.

Martinez came back to NXT in 2020 and took part in a battle royal. Nevertheless, Shayna Baszler eliminated her and ruined Mercedes’ champion ambitions. From February 2020, she won 6 of 7 singles matches, dropping a pinfall to Rhea Ripley. Mercedes attacked Shirai at WWE NXT in December; she beat up the queen and stated her intention to take the gold away from Io.