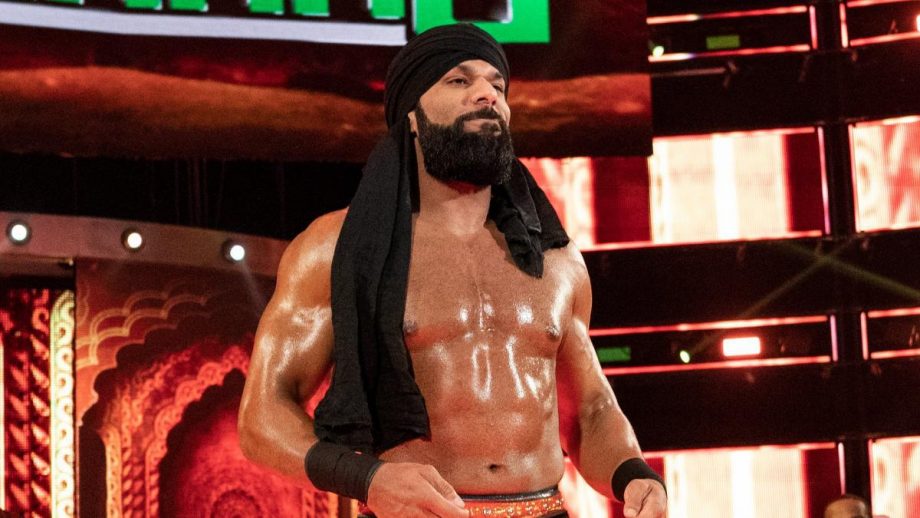 Jinder Mahal – billed from India won the WWE championship in 2017 and held the title for a good six months before he lost to AJ Styles. But this title run was eventful and earned Mahal the sobriquet of a “Modern Day Maharaja” and brought back the limelight to wrestling talent in India. With more than 3 years since Mahal won the title, we think that it is now time for the Maharaja to win the title again.

Jinder Mahal impressed WWE fans during his championship reign. This, though coupled with not-so-clean finishes, was impressive considering the fact that Mahal was over the WWE fans (American) as a true heel, turned face in India and made the wrestling world  take notice of the rich talent pool of wrestlers from India. Post Mahal’s championship victory, wrestlers in other North American promotions such as Rohit Raju, The Desi Hit Squad, The Bollywood Boyz all captured fans’ attention from across the world.

Hence, we feel that Mahal winning his second championship now in teh WWE makes a lot of sense as the industry needs wrestlers from India to make yet another big impact.Prior to Mahal, The Great Khali made a huge impact by defeating Batista and Kane tow in the World Heavyweight Championship; but his legacy was short-lived. Khali is out of WWE now.

Mahal stepping up to fill Khali’s role again – for the sake of Indian audiences – is now relevant and WWE Creative needs to book Mahal, when he returns to active in-ring competition, as a face this time around to totally get over the fans and thereby take Indian wrestling by storm again. This way, merchandise sales for WWE would also move at a rapid pace. Therefore, it would not be an exaggeration to expect Mahal to return to SMackdown and beat Roman Reigns for teh championship at least by the Royal Rumble next year.