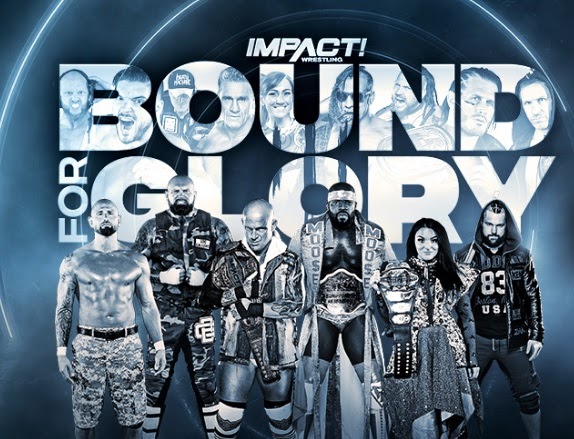 Impact Wrestling’s Bound for Glory is all set to feature the bout between Eric Young and Rich Swann for the Impact World Championship. This match has a significance to it. This is the fact that both Young and Swann have been major names in WWE as well. Both superstars have been a part of WWE’s NXT as well as the main roaster till recently.

Now, with these superstars squaring off at Bound for Glory is important considering the fact that the true main event potential of these superstars has come to light in Impact Wrestling; this should have surfaced during their competing days in WWE. Nonetheless, both superstars had opportunities at the gold (championship) only to find themselves languishing at the bottom of the ratings and thereby released from the company..

Also, the storyline leading to the current feud between Young and Swann has been built-up strongly. Young as Impact World Champion has done well to grab eyeballs of enthusiasts and fans across the world. Swann seems the perfect challenger considering the buildup to the feud and also the fact that Young previously injured Swann multiple times. Hence, the feud in itself presents an interesting fete.

For the uninitiated, Bound for Glory takes place on 24 October and also features other interesting matches including the old-school unsanctioned TNA World Heavyweight champion Moose facing-off against yet another former WWE star EC3. Hence, the current avatar of Impact Wrestling is seemingly heading towards the creative direction as far as superstars and storylines are concerned.

Finally, another point worth noting is the fact that WWE has its Hell in a Cell lined up for 25 October, and Impact Wrestling has the Bound for Glory on 24 October. With a lot of WWE stars now in Impact Wrestling, it sure makes for a lip smacking fare to check out which pay-per-view comes out tops with respect to viewership.