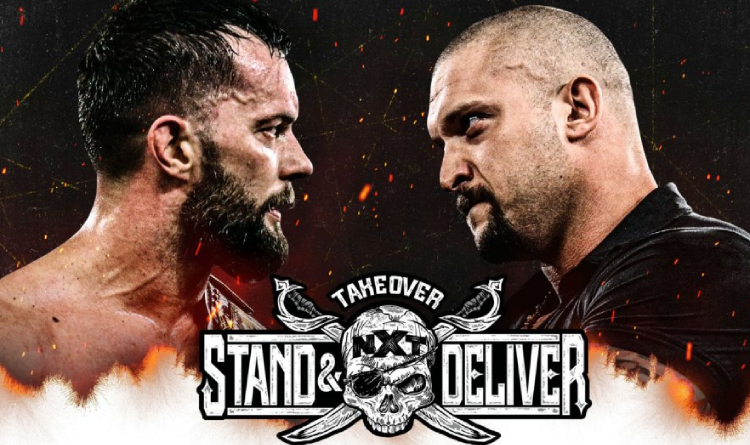 Finn faced off with Karrion at WWE NXT on March 17. Bálor escalated their feud claiming that Kross can never defeat him. The Prince called Karrion out to prove his statement, and WWE booked the contest for NXT TakeOver: Stand & Deliver.

However, NXT Tag Team champions Lorcan and Burch were displeased with The Prince’s choice. They asserted Finn to face Pete Dunne instead. Bálor and Kross decided to teach them a lesson and made a temporary alliance to challenge Oney and Danny for the titles.

Karrion beat Lorcan up and threw him out of the ring at the beginning of the contest. When Burch entered the battlefield, Kross caught him in a bear hug. Danny answered with punches and broke the grip. Karrion slammed his rival, but Oney managed to save his ally.

Finn tagged in and took Lorcan down. Oney made an armbar attempt, but The Prince counterattacked with a dropkick. Lorcan and Bálor started brawling in the ring. Burch could not help his partner because of an injury. Finn kicked Oney and tossed his rival at Karrion’s girlfriend Scarlett. Kross went berserk – he beat Bálor up and hurled him back into the ring. Lorcan landed an uppercut to Finn’s chin and scored victory.

Karrion did not let Lorcan and Burch celebrate their win. He came into the battlefield, choked fallen Bálor and hit him with a knockout strike. Kross has made a huge statement, but it remains to be seen whether he will beat Bálor in a fair fight.