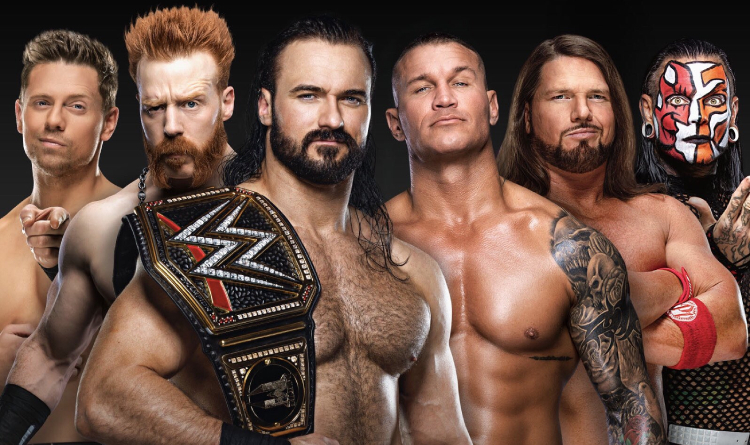 McIntyre, Hardy, Orton, AJ Styles, The Miz and Sheamus to fight in the Elimination Chamber match

WWE champion Drew McIntyre will defend the title in the Elimination Chamber match scheduled on February 21.

According to the rules, 2 wrestlers are to fight at the beginning of the Elimination Chamber match, while 4 contestants wait in the pods outside ring corners. One of the enclosure doors opens at five-minute intervals to release an athlete until all sportsmen join the battle. A competitor is eliminated by submission or pinfall. The last superstar to remain in the ring will get the WWE crown.

Orton is considered the most dangerous opponent for McIntyre. In 2020, Randy lost 2 clashes in a row against Drew but took revenge in the third showdown and won the WWE belt for the tenth time in his wrestling career. Nevertheless, Orton’s reign lasted only 22 days, because he failed to retain the title in a contest against McIntyre on November 16. Despite the loss, Randy proved that he could take the belt away from the champion.

Last year, McIntyre defended the gold against The Miz and AJ Styles in a triple threat match; therefore, he will likely triumph over them. But Drew has not faced Jeff Hardy since 2016. Furthermore, he took on Sheamus only in a Survivor Series elimination match in 2009. Given these factors, Jeff and Sheamus might surprise the king and end his 84-day reign.